This Grade II listed Palladian mansion is nestled in 312 acres of private grounds and parkland, which includes three large lakes, a deer park and a walled garden. The hotel offers stylish bedrooms, grand lounge areas to relax and unwind, and sumptuous gourmet dining.

Stay in a Classic Double room and receive:

Stay in a Classic Twin room and receive:

Stay in an Executive Double room and receive:

Stay in a Classic Double room and receive:

Stay in a Classic Twin room and receive:

Stay in an Executive Double room and receive:

Buxted Park is a luxury hotel set in 312 acres of private grounds and parkland, which includes three large lakes, a deer park and a walled garden. Conveniently located near the Ashdown Forest and the famous Winnie the Pooh bridge, Buxted Park is a four star hotel offering 44 luxury bedrooms, a 2 Rosette restaurant and fantastic large airy lounges. 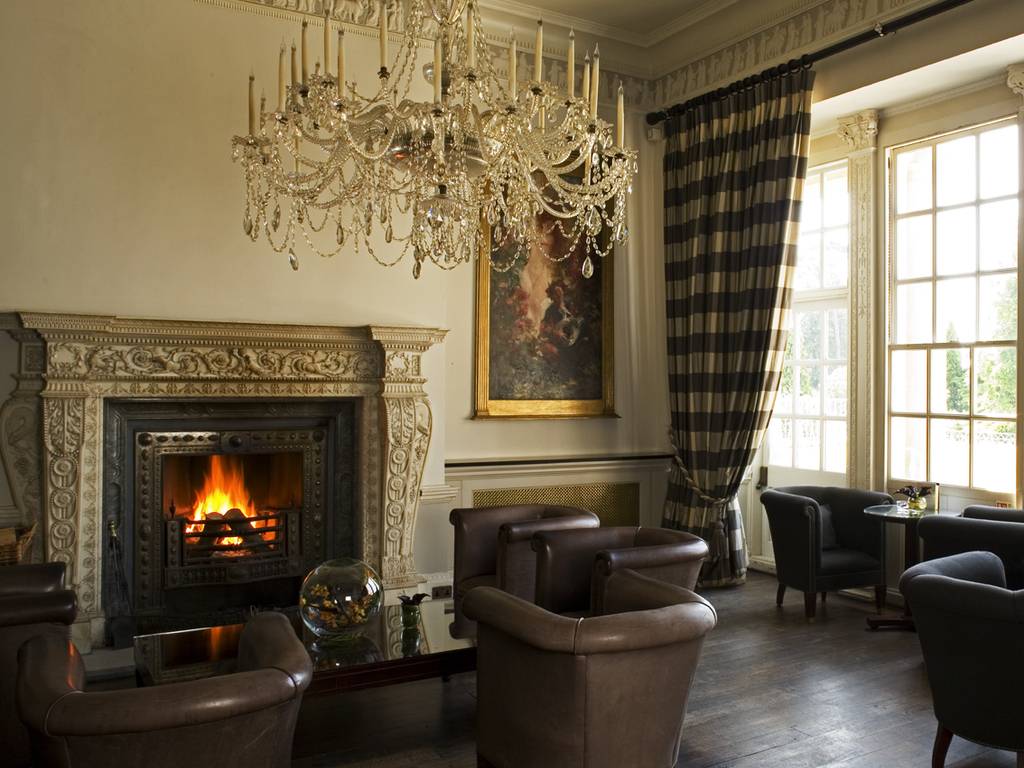 All public areas of the hotel are accessible and two rooms have been adapted for those with mobility issues.

Buxted Park dates back to the 12th century and has been enjoyed as a seat of power and prestige for many of those 900 years.

The present house was built almost 300 years ago by Thomas Medley, whose family had been keepers of the Privy Purse in the reign of Henry VIII. Clearly even in those days there was money to be made in tax collection.

At the beginning of the 20th Century the house was purchased by the renowned designer of the Savoy in London, Basil Ionides. He and his wife were great entertainers and good friends of George V and Queen Mary, who were regular guests at the house.

In 1940 disaster struck, when much of the house was destroyed by fire. The top storey was lost and the shortage of materials during the war meant it was not possible to replace it. For Basil, who is reputed to still reside at the house, the war was not all bad news. The blitz meant he was able to restore Buxted Park with some of the finest architectural pieces at little or no cost. Basil visited bombed out buildings salvaging covings, cornices, chandeliers and beautiful show doors, all of which you will see around you today at Buxted Park.

Following the death of Basil and his wife the Rt. Hon Nellie, the house was purchased by Kenneth Shipman, the owner of Twickenham Studios. He used it to entertain his stars, with guests such as Marlon Brando, Dudley Moore and Gregory Peck regulars at the house. He even built a cinema to view his latest productions, which is still in use today. This period also saw a return to the house of Sir Winston and Lady Churchill, who had also been regular guests in the time of the Ionides'.

Children welcome; those aged 3 and under stay and dine for free. Children 4 years and up to 11 years. Breakfast is included in the rate, all other meals will be charged at 50% of adult price or as priced on the children's menu.

Children 12 years of age and up to 18 years will be charged a £15.00 bed and breakfast supplement when occupying a sofa bed in the room with their parents and will be charged for all other meals as taken.

Executive rooms accommodate one extra child. Junior Suites and Suites accommodate more than one child, please contact us for details.
Children under 12 years receive complimentary bed and breakfast when sharing a room with their parents.

Z-beds are not suitable for children over 12 years of age.  Cots can be provided on request.

Pets are not permitted.

The Rooms at Buxted Park Hotel

Classic bedrooms offer a wide range of amenities and luxury with all the four star luxuries you expect. The finest cotton sheets, a selection of pillows in every room, oversized flat screen TVs and free broadband internet access are amongst the many creature comforts you will enjoy. 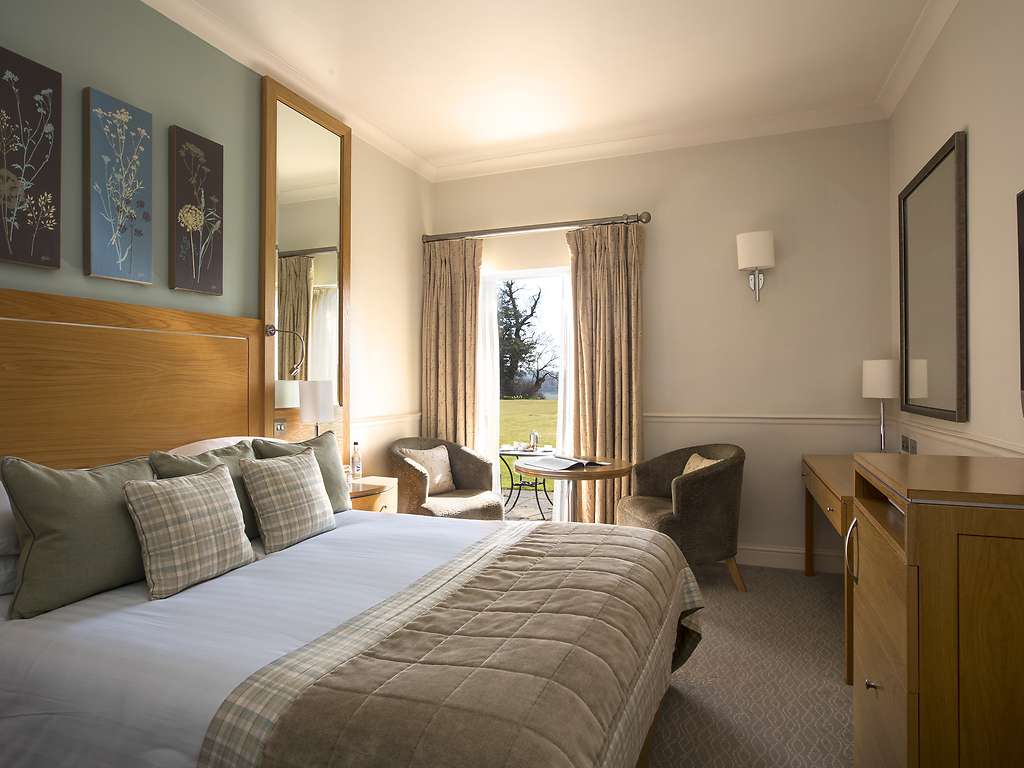 Our Executive bedrooms offer you all of the benefits of the Classic rooms but include a little extra luxury. You will enjoy a larger room with more living area and comfortable seating space plus a kingsize bed. There are also greater amenities – a larger TV, a DVD player. 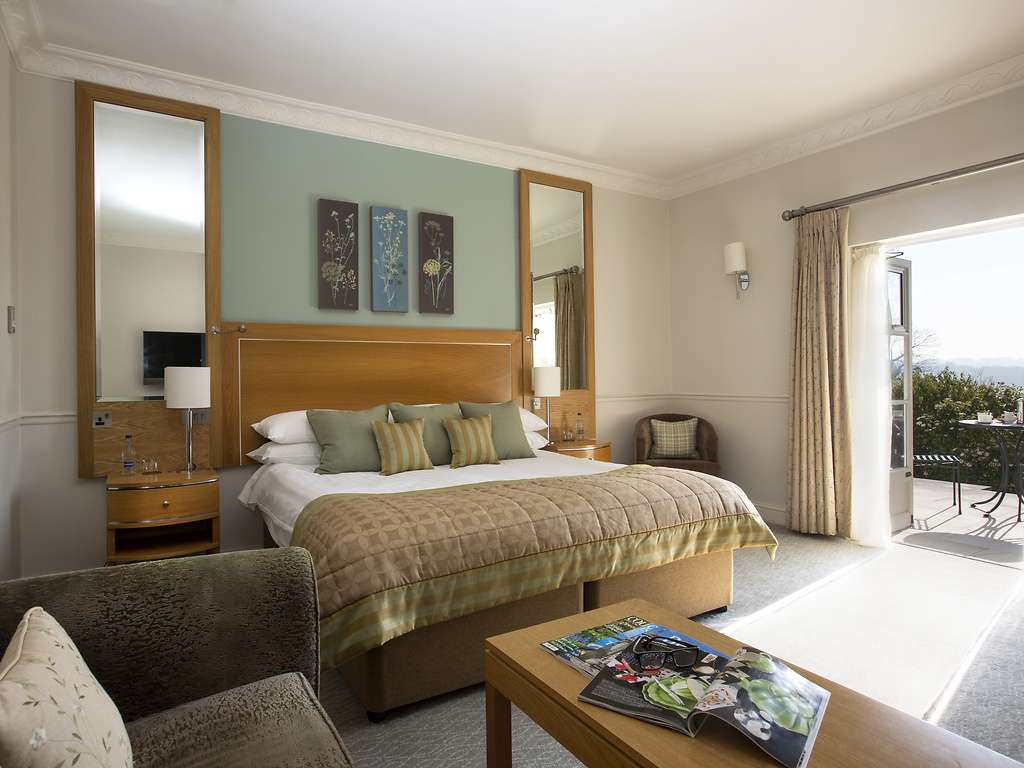 Spending the night in a well appointed hotel suite is one of life's real luxuries and our Junior Suites are exceptional. Taking advantage of all of the original features of this historic building – feature fireplaces, cornicing, arched window – we have introduced our own modern design theme to create real boudoirs of luxury for enjoyment. Each Junior Suite is individually decorated and occupy great positions within the building, many on the corners offering exceptional views across the grounds. 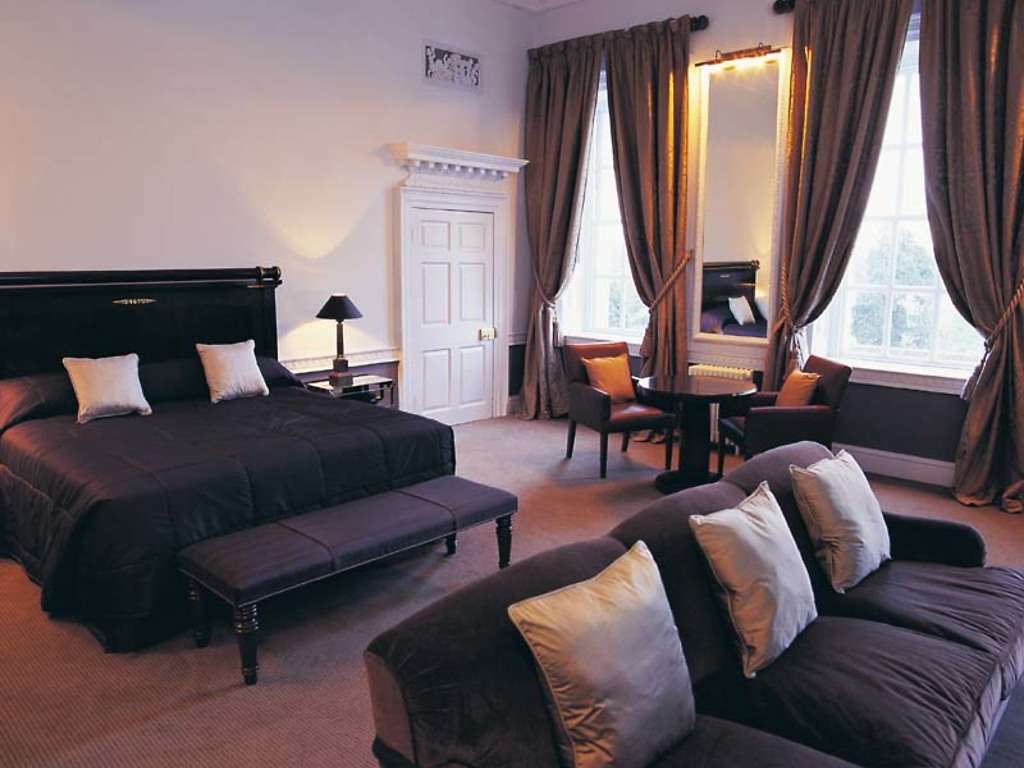 Finished to the best possible standard these suites are fit for royalty. Occupying the original rooms of the house these rooms afford the best views of the estate grounds and gardens. 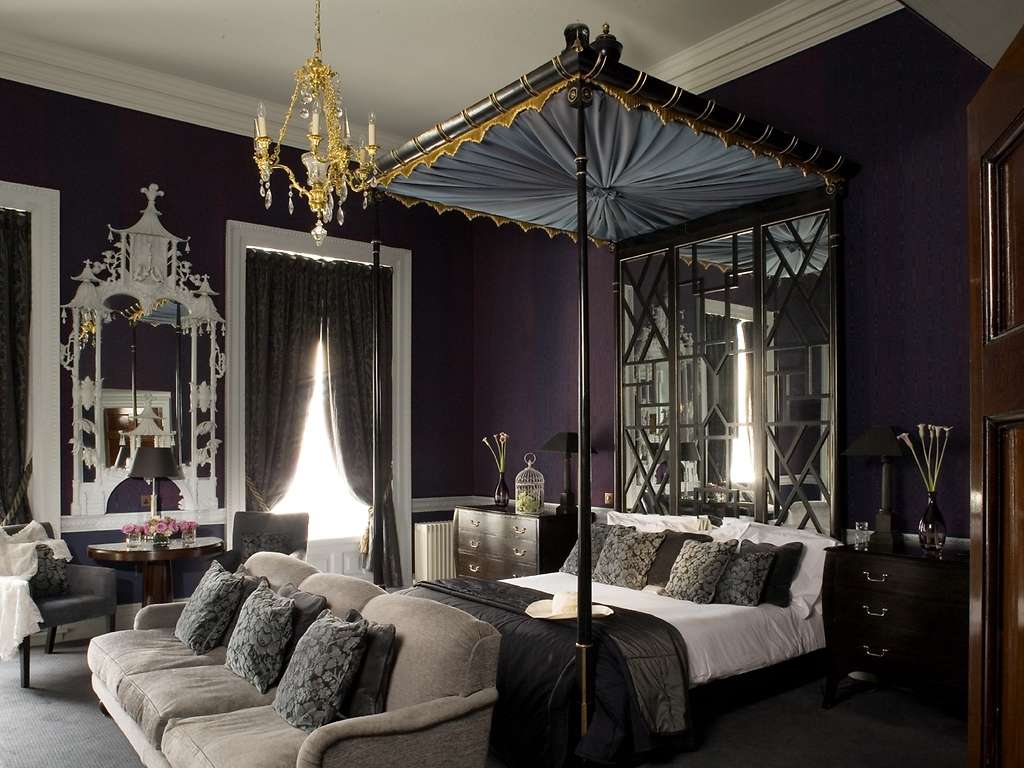 Classic bedrooms offer a wide range of amenities and luxury with all the four star luxuries you expect. The finest cotton sheets, a selection of pillows in every room, oversized flat screen TVs and free broadband internet access are amongst the many creature comforts you will enjoy.

The Dining Room is a 2 AA Rosette Restaurant, perfect for fine dining in East Sussex. Guests will enjoy fine, fresh local ingredients prepared with passion and served with charm. At the Dining Room Restaurant, you will be received by the highest acclaim of culinary excellence. 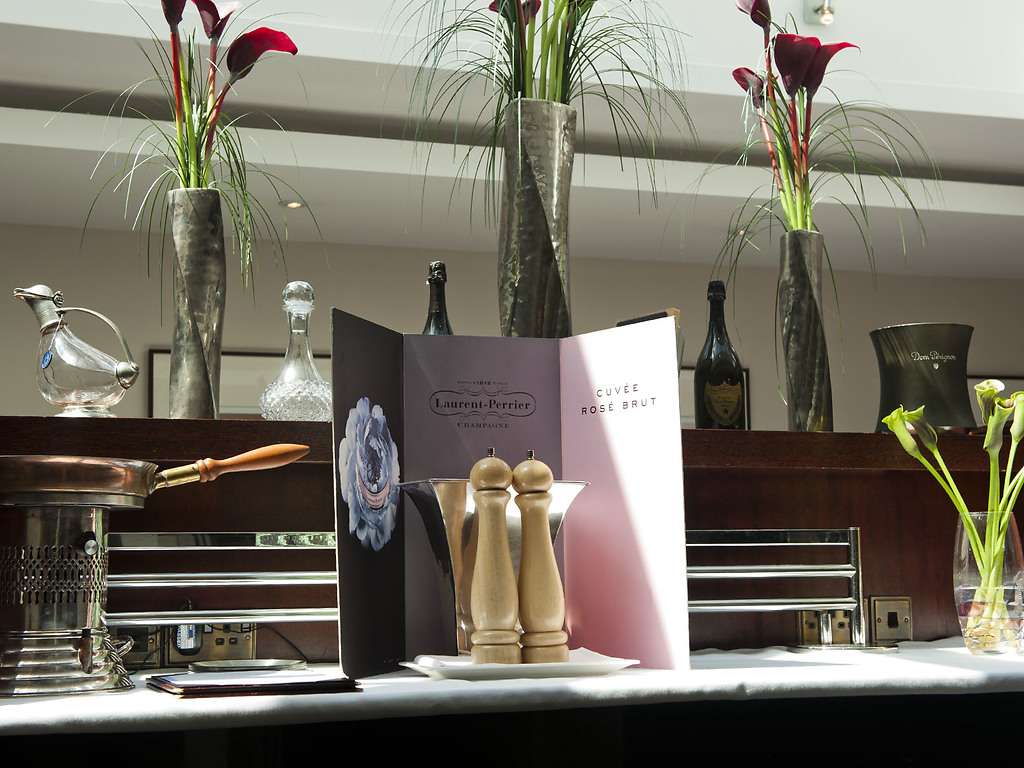 During every season, the Afternoon Tea at Buxted Park Hotel in East Sussex is always a moment of relaxation. With our new large selection of loose teas, you can enjoy your afternoon with family or friends and indulge in traditional Afternoon Tea. 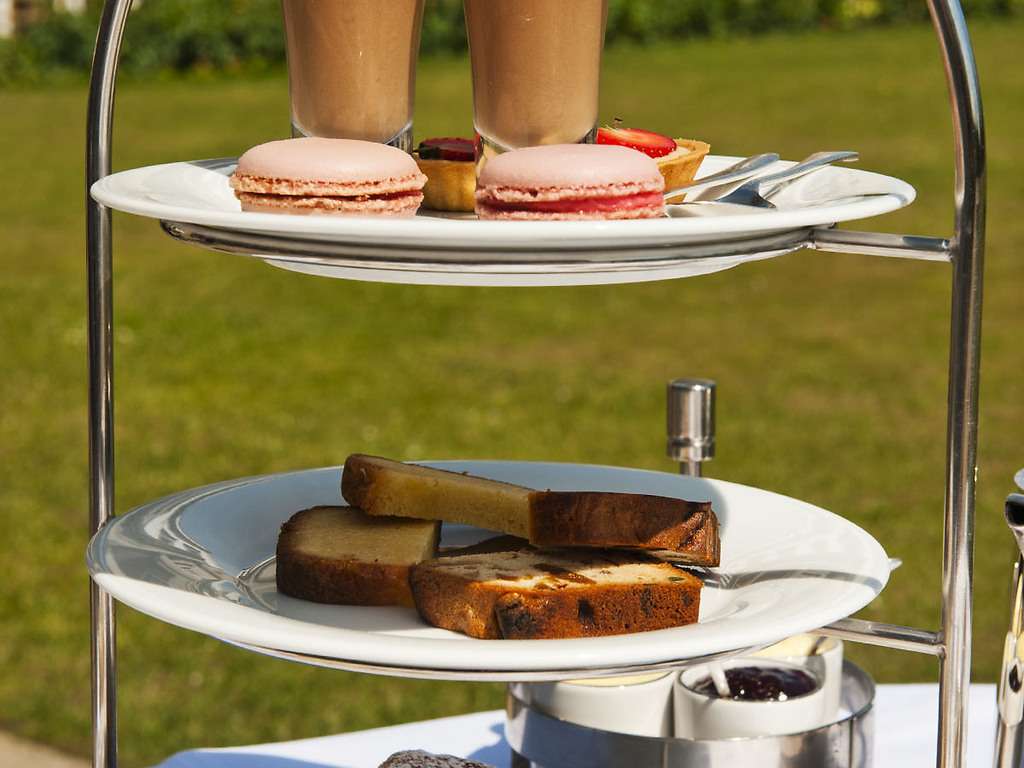 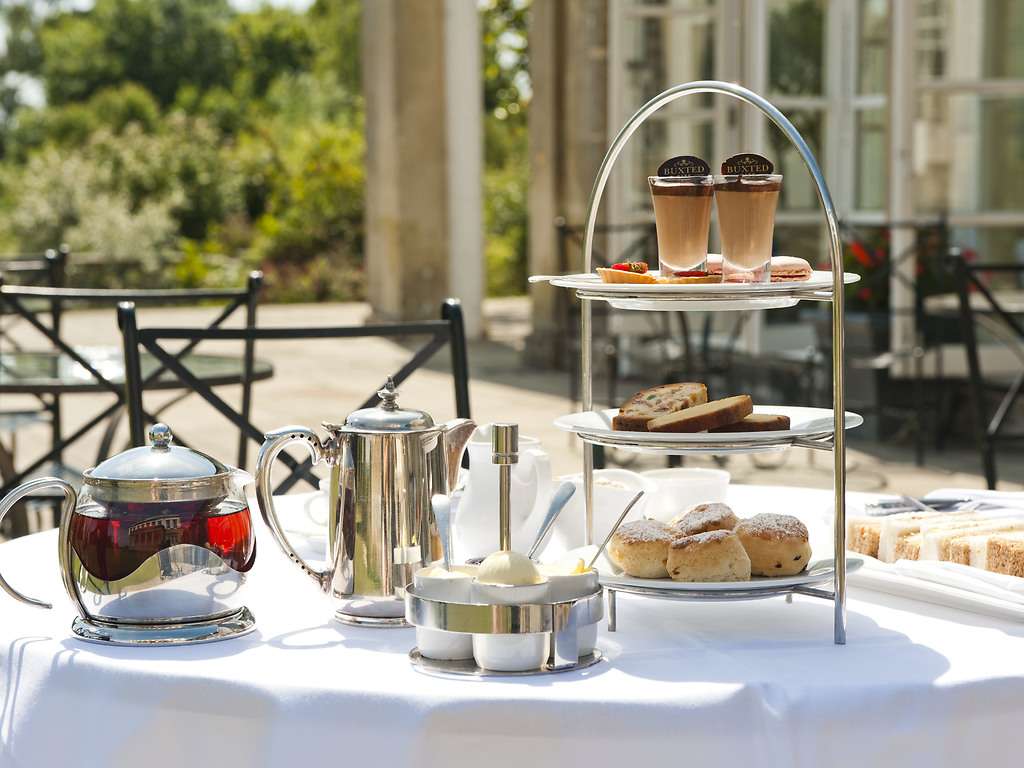 The Coat of Arms is a special feature of any stay at Buxted Park Hotel. Featuring high ceilings, full height windows with far reaching views of the estate and luxurious furniture all serve to create a sense of grandeur fit for any occasion. 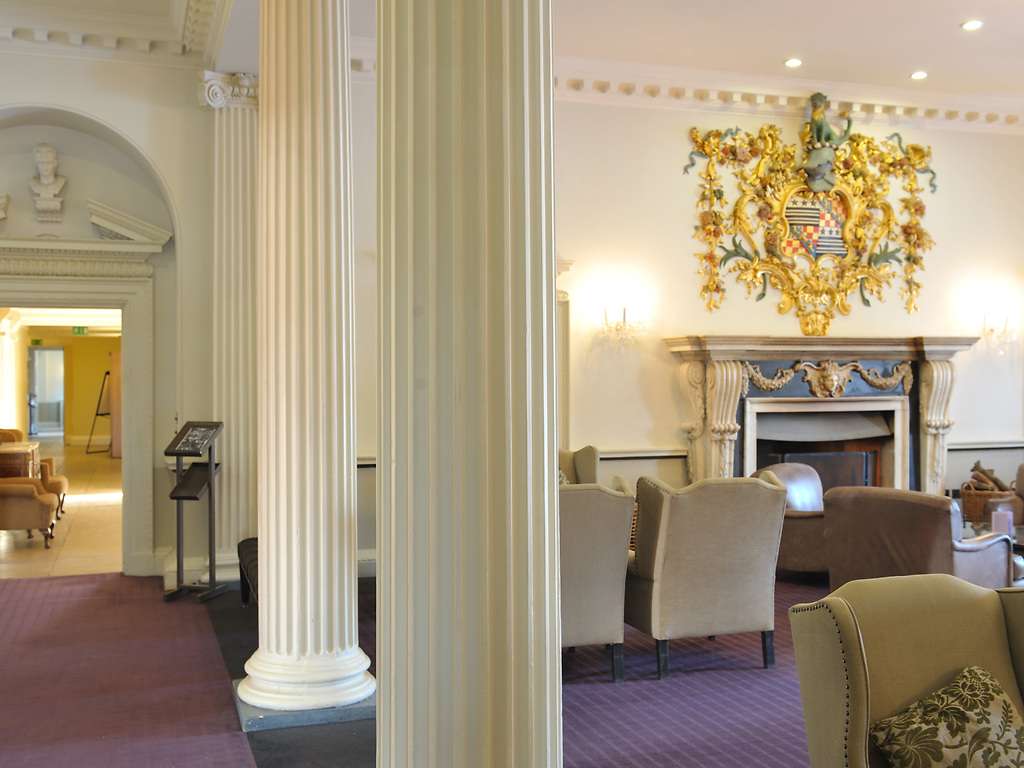 From London Leave M25 j6 towards A22 East Grinstead and Eastbourne. Follow A22 until you reach roundabout with A26. Turn left at roundabout to A26 Tunbridge Wells. Turn right at next roundabout to A272 Heathfield. Take an immediate left still following the A272. At traffic lights, continue straight on and hotel is 1 mile on your right. From Brighton Take A27 towards Lewes and join A26 towards Tunbridge Wells. At Little Horstead turn left onto A22. At Blackdown roundabout continue on to A26. Take 3rd exit at the roundabout with A272 towards Heathfield and turn immediately left continuing on the A272. Continue straight on at traffic lights and hotel is 1 mile on right 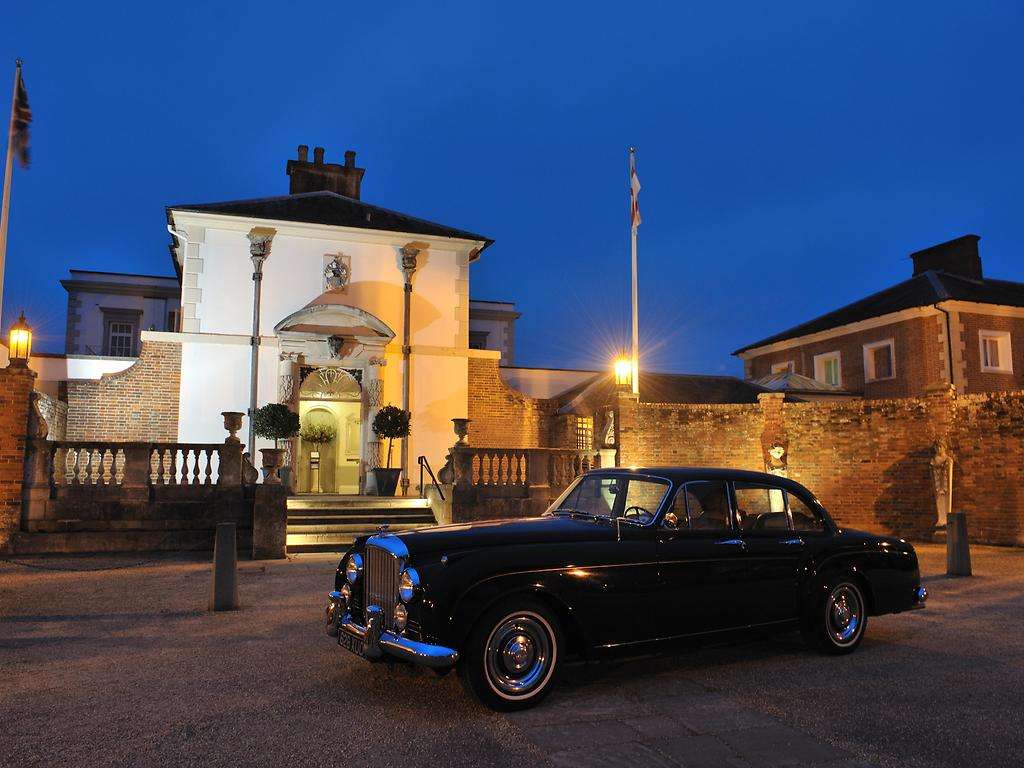 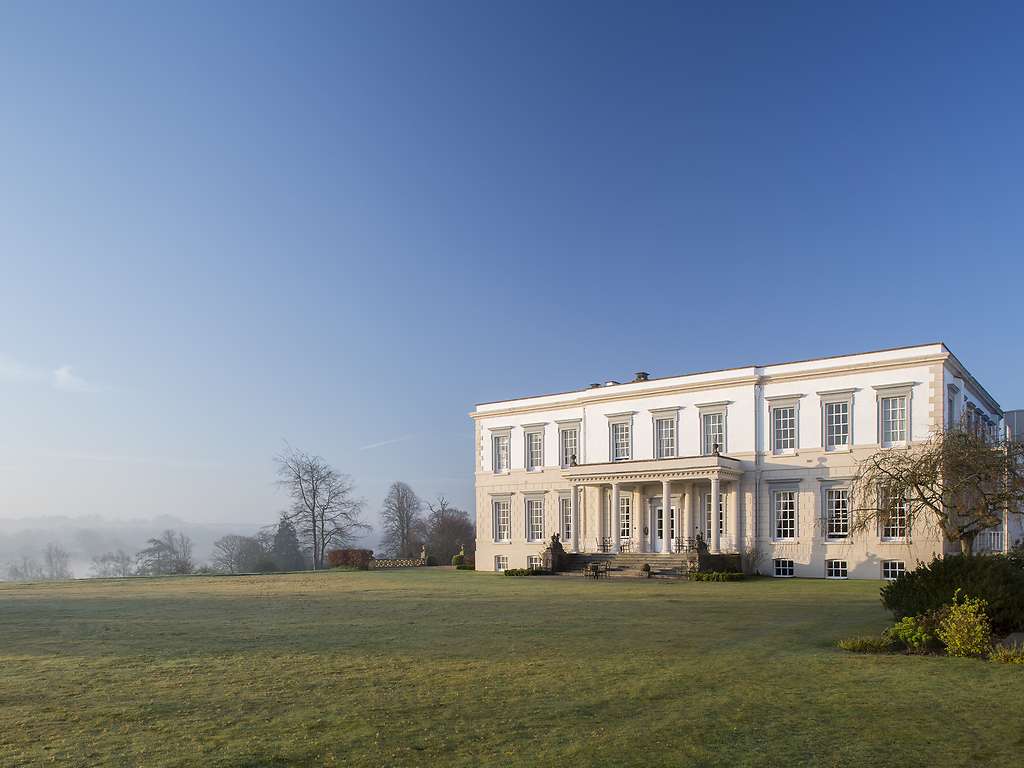 I booked a night away for my wife and l recently. The hotel is lovely and our room overlooked the grounds and beyond. The staff were most helpful and friendly - all in all a relaxing and very enjoyable weekend.
.

A comfortable country hotel with a friendly ambience.

We had a most pleasant romantic break (for our anniversary) in a very comfortable hotel with most amenable and helpful staff, and situated in acres of relaxed countryside.

Hotel staff were very helpful and friendly. The restaurant was a bit mixed. The food was good as was the wine once it arrived. Our starters arrived and our selected wine was shown to us however we had virtually finished our starter by the time we got someone's attention to get our wine and pour it. The waitress came and collected our starter plates and asked us if we would like to see the dessert menu, she was a little mortified when we said we would prefer our main course :) still we had a lovely meal and good stay. Breakfast was very good and staff friendly

We were extremely well looked after. The staff were fabulous and ensured we had a memorable anniversary. The complementary upgrade was beyond expectations.

Lovely rural setting but too busy and noisy for a relaxing break.

Hotel is in a lovely rural setting with beautiful grounds. The staff were very attentive and very helpful and couldn't be faulted. Dinner and breakfast were very good. However, the restaurant is situated in a room with no windows which is a pity as there are stunning views from the hotel and I feel the hotel has missed a trick maybe. On the day of departure there was some sort of team building activity with an obstacle course on the lawn right outside the ground floor guest bedrooms which have french doors leading to a small terrace. A lot of noise setting up and loud talking which meant it wasn't possible to sit out with any privacy. In addition no chance of a lie-in if you wanted one. Not that there was any chance of that because the two rooms either side of mine were having some form of refurbishement which required furniture being moved, carpet being taken up and drilling going on from early morning!! Too noisy for a relaxing hotel stay.

A smart place to stay

Our second visit. Every bit as good as the first. Made very welcome