Spa Treatments at Goldsborough Hall: Why not indulge yourself with the experience of a trip to a glamorous spa, all from the comfort of your suite.

Lie back and relax with a facial, massage, manicure, pedicure or any one of a number of treatments all performed by an elite level beauty professional.  All treatments must be pre-booked.

Kitchen Garden: Goldsborough Hall has a fully working and traditional kitchen garden to supply fresh produce for our Dining Room.

Here the gardeners produce a wide variety of produce for the kitchen including French and runner beans, beetroot, salad, herbs, broccoli, peas, potatoes - many of which are rare and unusual varieties.

This year we have focused on rebuilding the large glasshouse in the kitchen garden and are redeveloping the site to restore it as a working traditional kitchen garden.

Royal Gardens of Goldsborough Hall: While the gardens are not generally open to the public, Goldsborough Hall is proud to continue the tradition started by HRH Princess Mary (who lived here in the 1920s) of opening them twice a year as part of the National Garden Scheme. The Hall also opens the gardens for two Snowdrop Days in February.

The Hall also offers private guided tours for groups throughout the season (£16.50pp for a minimum of 10). Included in the garden tour is tea and a fresh cream scone served in the Hall, along with a garden guide and a history talk on the house.

History of the Gardens

The delightful 12-acres that surround our Grade II* 17th-century stately home are the icing on what is already a very special cake, winning the Hall a coveted spot in The Times' 'top places to stay with great gardens'.

The fascinating story of the gardens began in the 1750s when Richard Woods laid out landscaped grounds in the style of Capability Brown.

HRH Princess Mary made her mark in the 1920s, following her marriage to Viscount Lascelles, son and heir of the 5th Earl of Harewood, initiating a raft of improvements in both the house and gardens.

While the hall was remodelled by architect Sidney Kitson, a vista was created in the gardens with a walled terrace, beech avenue and herbaceous borders around Princess Mary's sundial.

In 1922, Her Royal Highness and Viscount Lascelles planted the first tree in the Lime Tree Walk with the remaining 33 trees, planted by honoured guests, including King George V and Queen Mary. The gardens were first shared with the public on July 4th 1928 when Princess Mary opened them as part of the newly created National Garden Scheme.

Among the many highlights are a copse of five Japanese cherry trees, given to Princess Mary as a wedding gift by the Emperor of Japan; 120ft-long herbaceous borders replanted in a Gertrude-Jekyll style; the quarter-of-a-mile Lime Tree Walk, host to more than 50,000 daffodils in the spring; and an ancient false acacia, a pair of purple-leaved plums and a rare whitebeam, all officially recorded as British Champions by national charity the Tree Register. 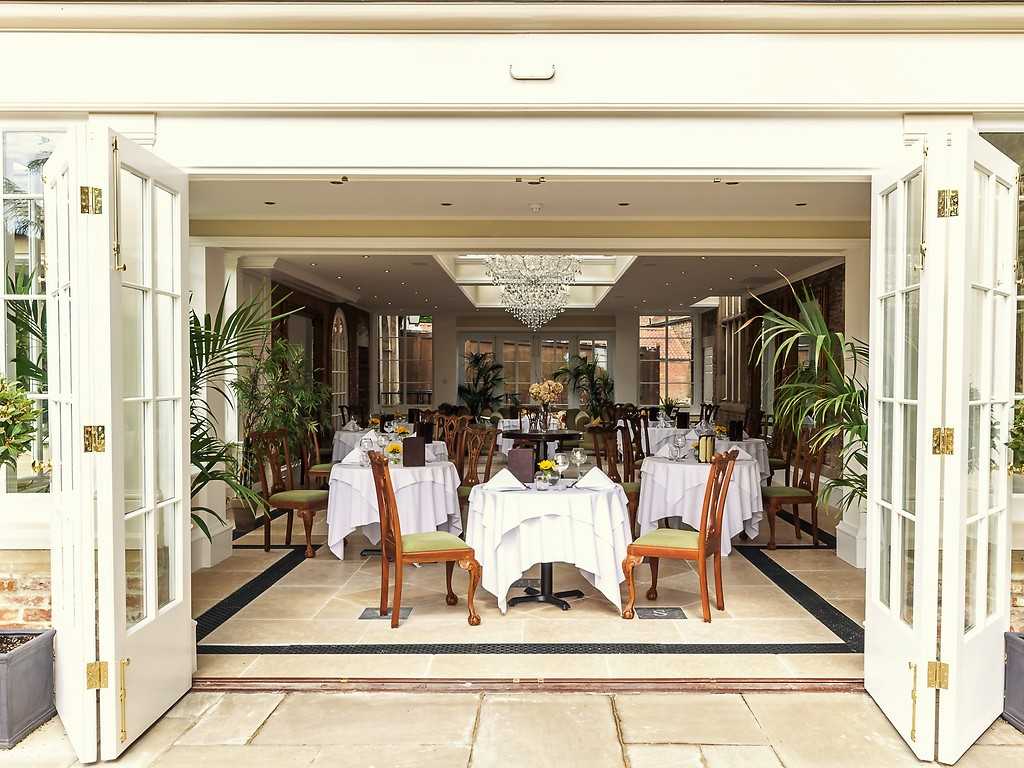 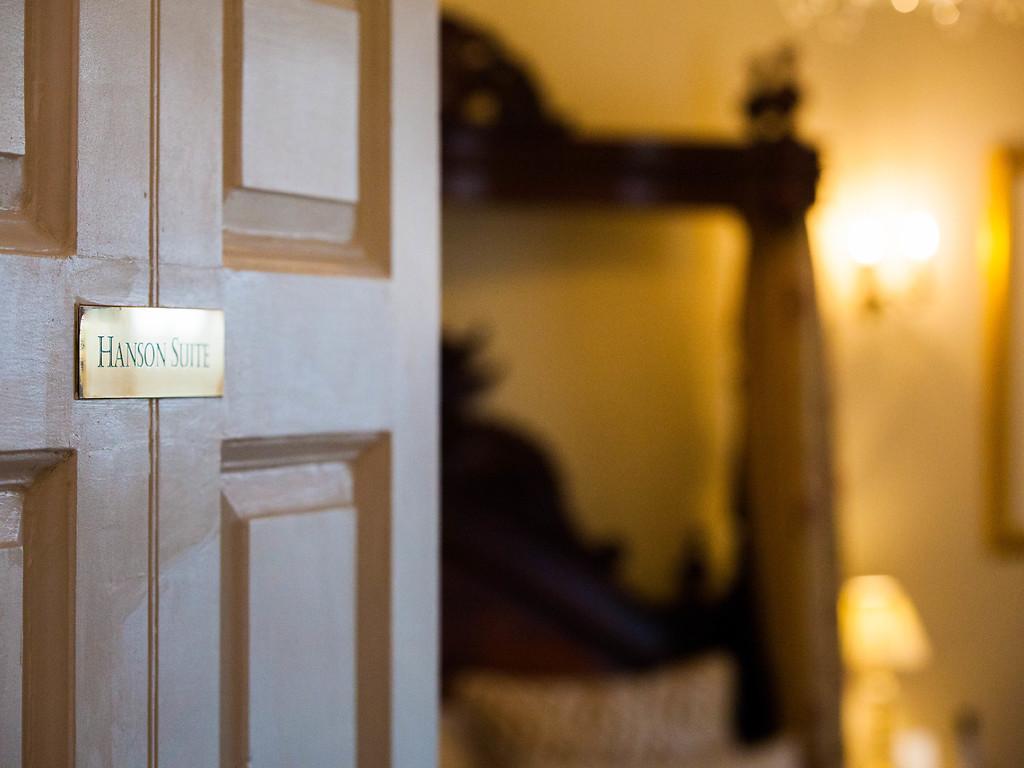 Covered or garaged parking may also be available in the private courtyard to the side of the Hall. This must be booked in advance and there is a charge of £10 per night for garaged parking.

HRH Princess Mary and her husband Viscount Lascelles lived at Goldsborough Hall during the 1920s and their royal visitors who stayed and dined at the Hall include King George V and Queen Mary.

Children are welcome, menus are available in the dining room.

Additional beds can be provided at an additional charge, the maximum number of extra beds in a room is 2.

Goldsborough Hall is dog friendly. They welcome dogs with their well-behaved owners in one of the new Garden rooms.  A small charge of £20 per day per dog in your room with a maximum of two dogs per room.

The gardens and grounds are ideal to stretch your doggies legs and there is a huge variety of walks in the surrounding areas.

From your room, double patio doors open onto a terrace which leads straight to the gardens.

Dogs are not permitted in Suites.

Goldsborough Hall stands in 12 acres of beautifully landscaped grounds boasting unspoilt elevated views over the historic gardens and tranquil parkland, making it one of the most private, exclusive and beautiful places to visit in Yorkshire.

The Rooms at Goldsborough Hall 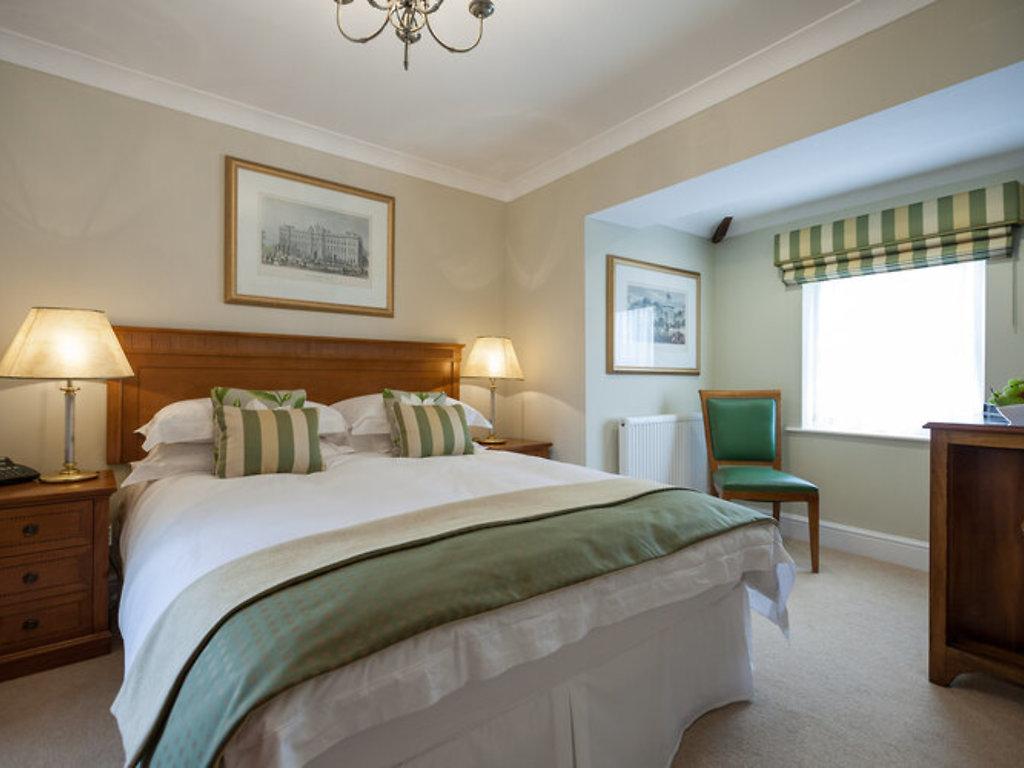 The Luxury Garden View rooms are perfect for that extra special occasion, offering amazing views across the landscaped gardens. Situated in the main Hall or the adjoining Dower House or Garden House. Each room features either a 5ft king, a 6ft superking or twin beds, 50" Digital HDTV, mini bar, safe, modern bathrooms with luxury bath, twin sinks and power shower. 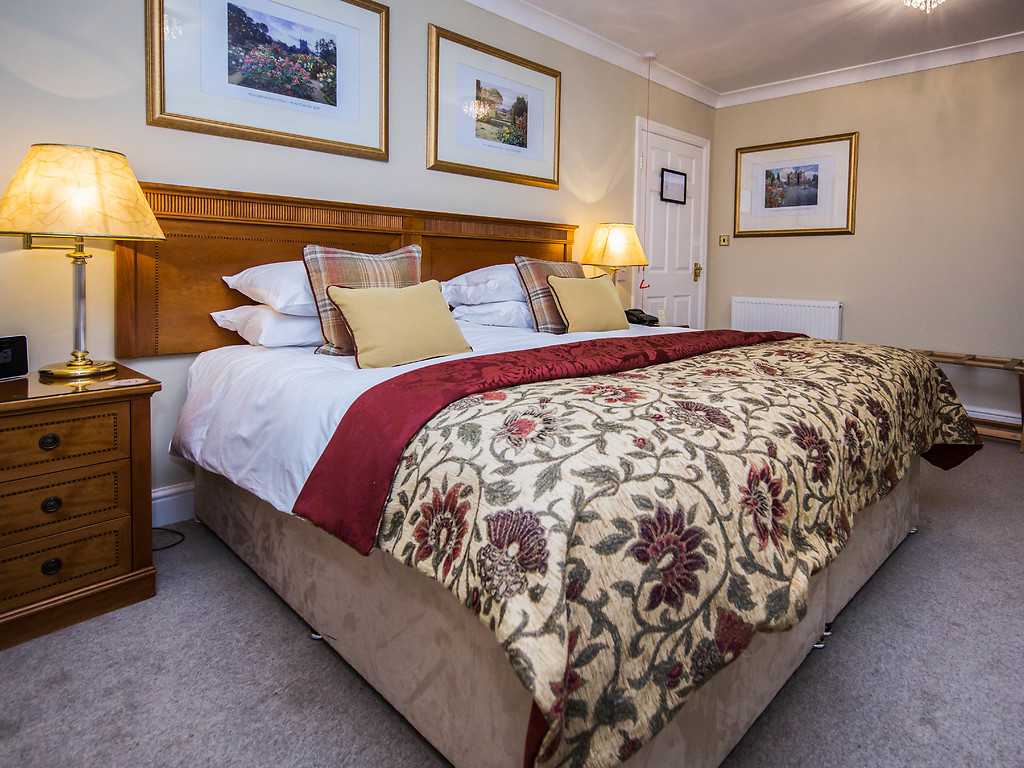 The Luxury Emperor room is situated on the top floor of the main house. This spacious room has an 8ft emperor bed and far reaching views across open countryside. The room also features a 50" Plasma HDTV, dressing table, side table with chairs and a contemporary elegant bathroom, with large luxury double ended bath, digital power shower and twin sinks. 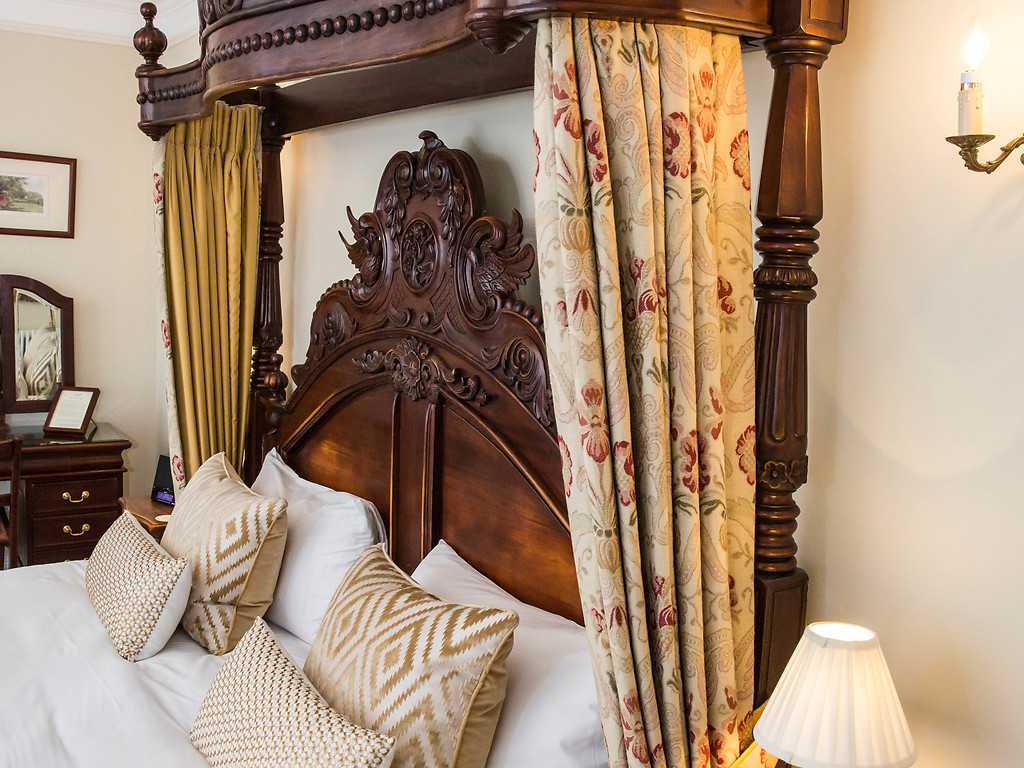