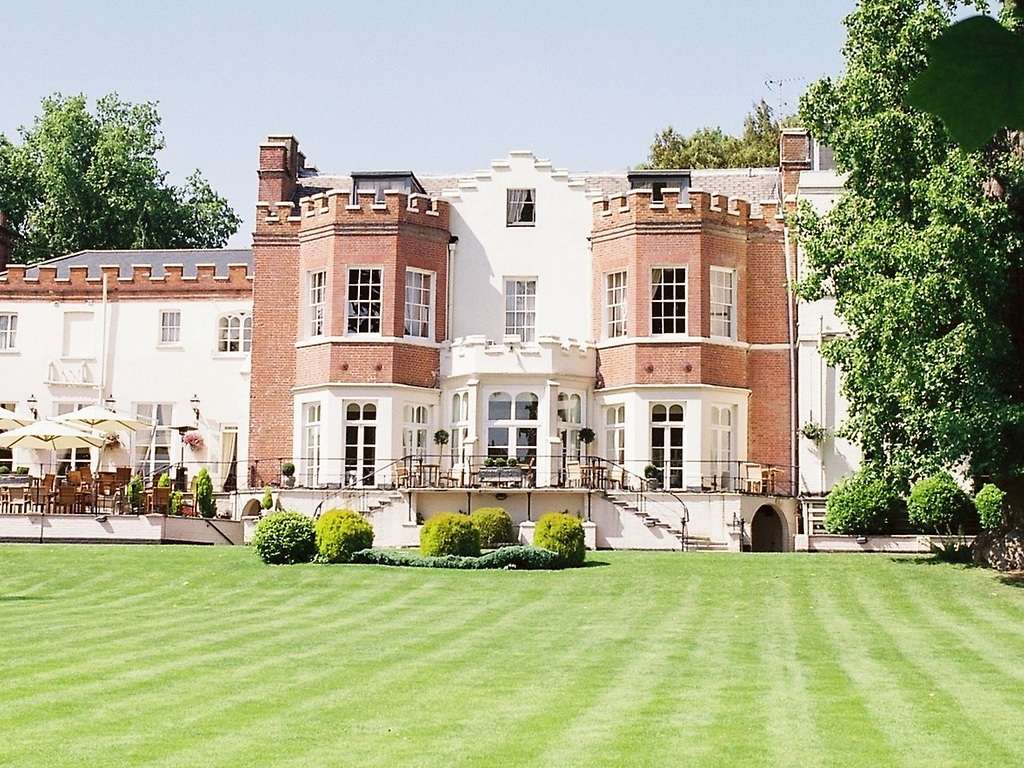 Not Value for Money

This was to celebrate my wife's special birthday and was the most I have ever paid for a hotel overnight stay. On arrival we were met with a building which looks a bit tired and dated. We walked to reception from our car and were stood waiting to be attended to, even though a couple of staff members walked by. Once we were booked in we were very disappointed with a room that had obvious marks on every wall, and carpet, added to which the skirting boards were also scuffed and marked. The sash window did not fit correctly, and when opened the noise I thought was the room A/C got remarkably louder as it was from some sort of electrical equipment right under the window, so we we had a continuous hum all the time we were there, in addition the view was of the drive and front entrance, which for a 200 plus room was poor. One of the lamps was positioned at a jaunty angle and on closer inspection it turned out that the fitting holding the bulb was broken where it joined the actual lamp stand, probably only staying place due to the flex being clamped. The small tables themselves had metal corner protectors which were coming away and were quite sharp, so could be quite dangerous, particularly if a young child were to be in that room. In the bathroom the shelf above the sink had been replaced, and I could tell because the old holes had been filled with grey filler which stands out on the white tiles, also the new, smaller, shelf had not been fitted correctly so was slightly loose and you could see the red rawlplugs behind it and the sink drainer was almost completely covered in rust.
I understand the current staff have not been there long as it has just been taken over and they were very pleasant and helpful, however there were not many of them and there were times when service was slow, particularly at breakfast. The member of staff who took our order at both the evening meal and breakfast did not use an order pad, and as a result the order was incorrect, as my wife's breakfast came with fried bread rather than hash browns, and despite offering pastries at breakfast they only had croissants left after 09:30.
I thought the drinks were a tad expensive, but then there was a service charge added when getting drinks at the bar, which I did not understand.
Some of the issues I have mentioned I would normally overlook in isolated cases, but given there were so many, and the fact the room was, for me, very expensive I spoke to the receptionist, and when we booked out he waived the surcharge bill, which we were grateful for, however I did point out that, in my opinion, the room and experience was not worth the premium price point for the room we were given.

It was a welcome surprise: a beautiful Hotel with friendly staff. While our room was slightly small it suited our needs and compensated with an excellent meal in the restaurant followed in the morning with a tasty breakfast.

I would definitely recommend the Hotel and we will look to stay again in 2022.

A fantastic 3 night break in a luxury hotel which certainly can boast value for money . The staff were friendly and polite and were very conscientious to the needs and welfare of their visitors. With 2 adults and 1 dog to cater for the hotel, stafff, accommodation, food and grounds certainly made for an enjoyable stay which we will certainly repeat. Our only regret was not upgrading to deluxe or higher.

Stayed two nights for my wife's birthday. Very relaxing and quiet hotel. General Manager exceptionally friendly and helpful. Hotel in a central position for Windsor and Henley on Thames.

Fantastic stay, friendly staff and would recommend this hotel for its excellent cuisine and ambience

In need of good management.

Hotel in beautiful surroundings. Reception staff ok. Room small but clean, very noisy though as door did not fit very well so corridor light coming in as well. On suite ok but toilet seat sliding around, reported this and staff tried to fix it but not very successful. Told us maintenance staff would be there in morning.
Staff polite but obviously new and in need of training. Service in restaurant extremely slow, same waitress came back and asked us three times what we wanted for desert - we expected Basil Faulty to arrive at any moment! . Food was very nice when we finally got it.

Breakfast was unbelievably slow, staff kept apologising. Not enough tables for everyone. No one seemed to really know what they were doing. Apart from one young women who was trying to make sure all guests were ok it was total bedlam.Couple of guests almost gave up as they had to check out!

This hotel is in serious need of good management, it is very expensive for what it delivers (doesn t deliver). A real pity as there are so many nice things about the place that could make it a perfect venue.

Lovely night away . . Good food, great accommodation and staff. . Just what we needed!!

We arrived in our room and the champagne that was promised was not in our room and our bed was not made properly, with the throw in a pile on the floor. We were not overly bothered and returned to reception to request our champagne. The food was ok, not the best we have had but tasty enough. The real issue was the next morning we were woken at 7.20am by loud music being played, it sounded like there was a function or something it was so loud! I called down to reception, they apologised and turned it down. It was then turned back up 20 mins later!! The break is described as a romantic and relaxing break and as a couple with 2 small children were looking forward to a lie in more than anything else!! Unfortunately we didn t get it. Overall a pretty unimpressive stay.