Briery Wood is set in 7 acres of beautiful gardens, close to Lake Windermere. Situated just north of Windermere town, Briery offers a good base to explore all the southern Lakes. The hotel has an informal, friendly feel to go with the classically appointed guest rooms and award winning dining.

Escape to the Lakes - House room

Stay in a House room and receive:

Escape to the Lakes - Garden room

Stay in a Garden room and receive:

Briery Wood was originally known as Holbeck Cottage. It was built at the end of the 19th century and was part of the Earl of Lonsdale's Estate, used for the servants working at nearby properties. It was also home to the main gardener who developed the stunning grounds that we still enjoy today.

In the fifties the house was occupied by the Brown Family who were in charge of installing electricity to the local valleys.

The house was sold in the early seventies and became a guest house and in 1982 became a hotel. Lake District Country Hotels bought the property in 1998 and restored many of the original features to give the hotel a country house charm.

This beautiful Lake District hotel is the perfect place to relax and enjoy a country house atmosphere with all the comforts of home, while surrounded by spectacular landscapes, lakes and fells. Briery Wood is within easy reach of the popular villages of Ambleside, Bowness and Windermere, so it's a great base for exploring the Lake District, whether you are looking for a spot of retail therapy or outdoor adventure.

The informal and friendly service is so good you'll hardly notice it. It's our job to make you feel at home…which isn't hard once you sit back and unwind in one of our cosy lounges whilst enjoying a freshly brewed coffee or maybe a glass of chilled wine.

This hotel is very popular, expect limited availability unless you book well in advance.

The car park is gravel and access to all public areas is level.

12 of the  rooms are on the ground floor, but please note that there are several steps up to all of them.

The hotel & its grounds are set into the hillside, with a gradual incline from the bottom to the top of the property. The footpaths are mainly gravel, some areas have steps.

Briery Wood was originally known as Holbeck Cottage. It was built at the end of the 19th century and was part of the Earl of Lonsdale's Estate, used for the servants working at nearby properties. It was also home to the main gardener who developed the stunning grounds that we still enjoy today.

In the fifties the house was occupied by the Brown Family who were in charge of installing electricity to the local valleys.

The house was sold in the early seventies and became a guest house and in 1982 became a hotel. Lake District Country Hotels bought the property in 1998 and restored many of the original features to give the hotel a country house charm.

Briery Wood are proud to be a dog friendly hotel - four legged friends are just as important to the hotel as two legged guests.

As a house guest you are welcome to stay in all our bedrooms. On arrival you will find a lovely soft cosy blanket for you to lay on, a water bowl, some scrummy biscuit treats to munch and a juicy bone to chew.

Being in the Lake District there are walks galore to choose from - whether you enjoy a stroll on the lake shore or prefer a more energetic romp up the fells, you won't be disappointed.

There is a one-off payment of £20 for furry friends.

This beautiful Lake District hotel is the perfect place to relax and enjoy a country house atmosphere with all the comforts of home, while surrounded by spectacular landscapes, lakes and fells.

The Rooms at Briery Wood 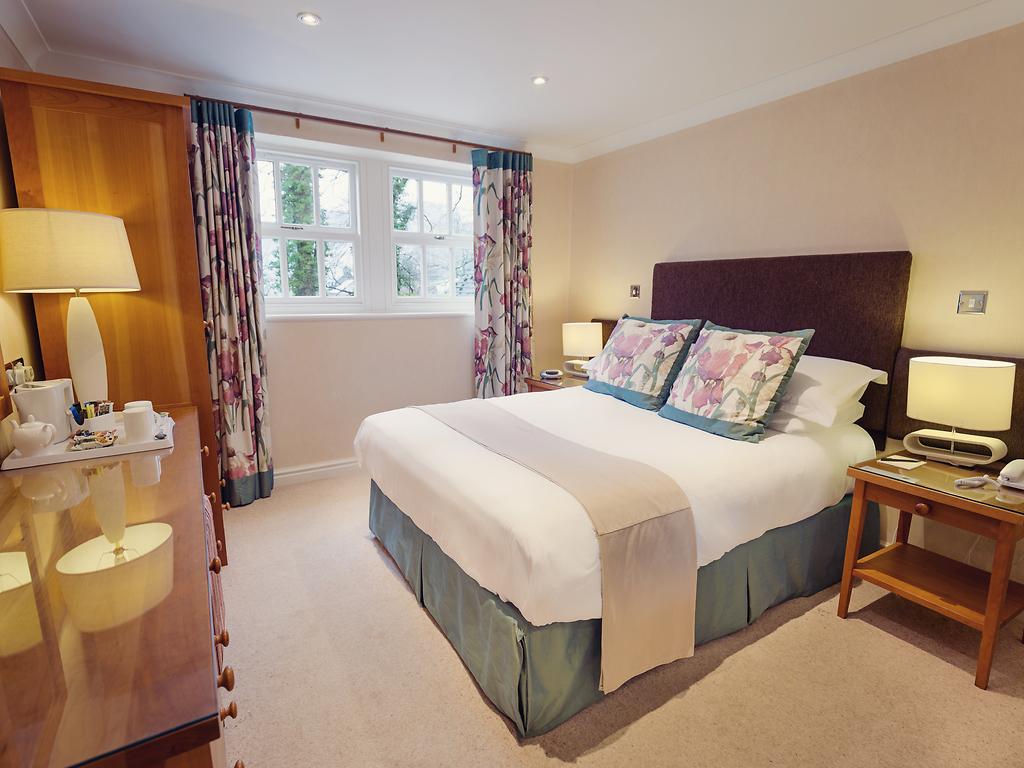 At Briery Wood, you can enjoy the very best local produce the Lake District has to offer from tender Herdwick lamb and spicy Cumberland sausage to freshly caught trout and Morecambe Bay potted shrimps, local asparagus and Cumbrian cheeses and chutneys.

Dining at Briery Wood is an experience not to be missed. The spacious dining room has beautiful views over carefully landscaped gardens and is a perfect setting for lunch, dinner, to meet, celebrate or simply to pass the time. And when the weather is being kind, there's always the garden terrace where you can make the most of al fresco dining during the summer months.

Come and enjoy tasty breakfasts, delicious lunches and mouth-watering dinners. The seasonal menus are changed regularly and we are happy to cater for any special dietary requirements, just let us know. And you don't have to be staying with us to reserve a table in our restaurant...everyone is welcome.

Breakfast daily from 8.30am until 10am

Bar meals are served throughout the day until 6.30pm. 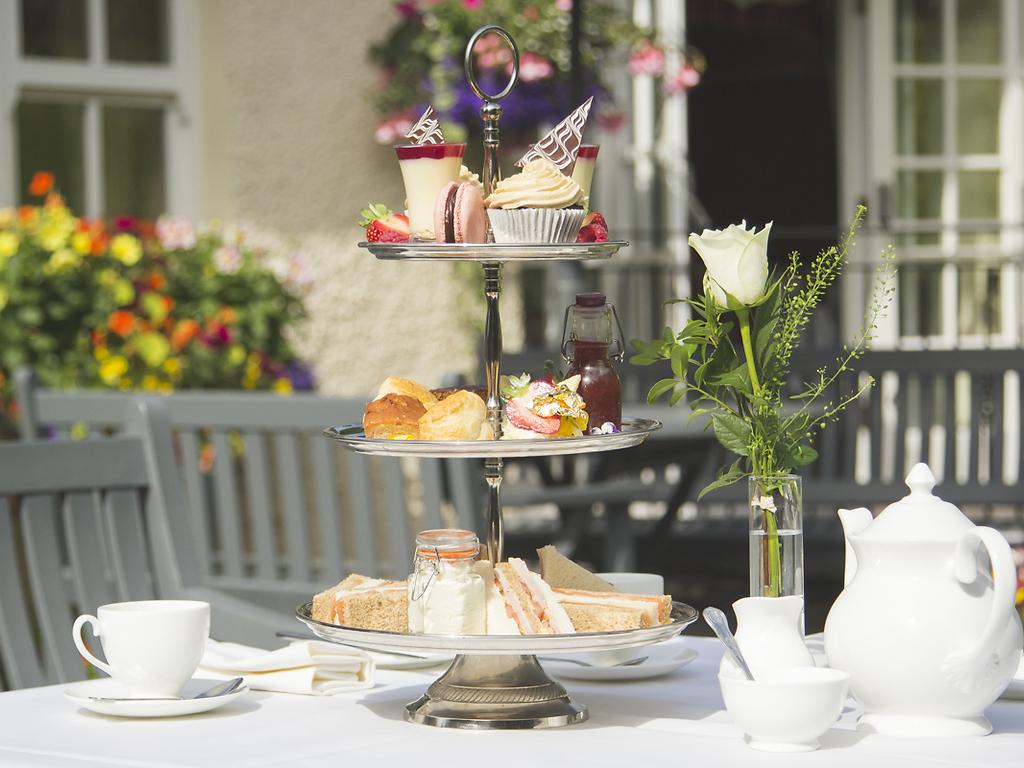 Lake Windermere is England's largest lake and Windermere Lake Cruises offer cruises from 45 minutes to 3 hours. From majestic steamers and wooden launches, traditional rowing boats and self drive motor boats, it is the most popular attraction in Cumbria.

Crags Adventures are currently rated the No.1 outdoor activity company in the whole of the Lake District and have been for two years. They are small and family run company.

It's just a hop, skip and a jump away and is a unique experience for young and old alike. At The World of Beatrix Potter you will experience all 23 of Beatrix Potter's Tales, brought to life in an indoor creation of the Lake District countryside, complete with sights, sounds and even smells. 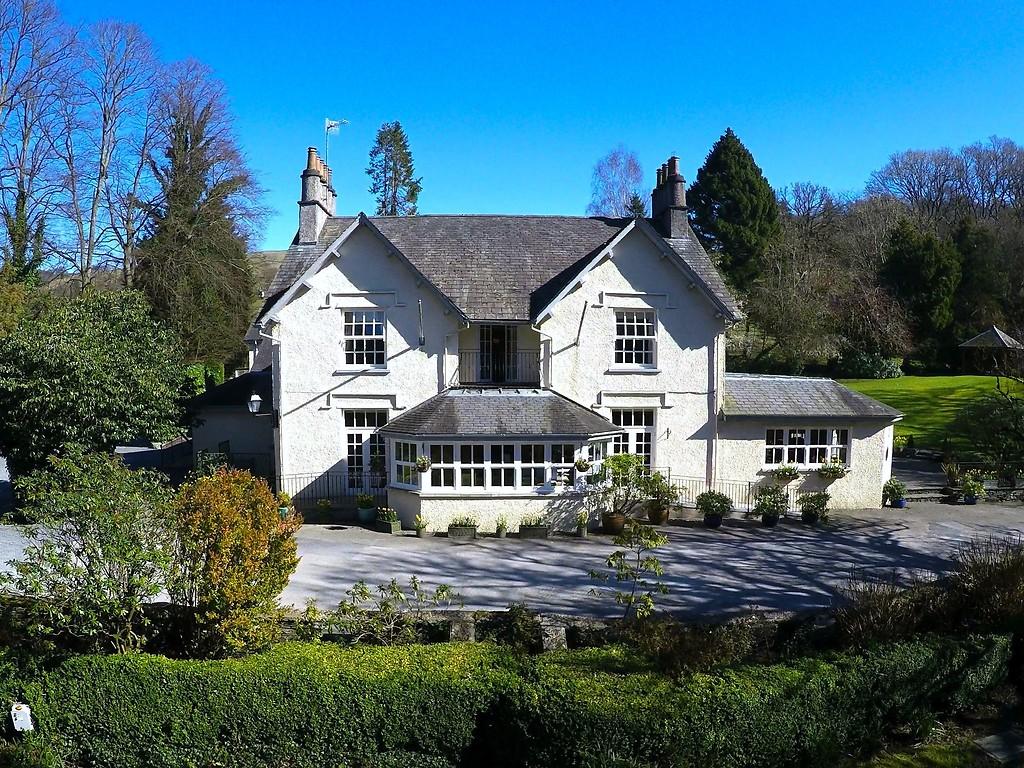 This hotel was very friendly and exceptionally good value. It's position is convenient for both Windermere and Ambleside and there are many good walks nearby. We would stay there again.

Very nice hotel good location access from the road could be better. Staff very helpful and friendly service very good the food exceptional. Room good and clean with plenty of accessories only drawback was the pillow and mattress covers made us perspire.

My husband and I stayed for just one night as a little break during a house renovation. The staff are so friendly and welcoming and it really felt like home from home. Lovely room with the comfort of a huge bed, very clean and as expected. If I had to make a complaint it would be that the bath was a jacuzzi bath but unfortunately didn't work but the hotel and staff were so lovely that we didn't mind too much. Excellent food and restaurant with very attentive waiters. Overall a lovely nights stay.

A very enjoyable stay. On arrival desk staff were relaxed, welcoming, informative and provided a mini tour of the social areas, all of which contributed to the feeling that we were staying in a country house rather than a hotel.
Our room was delightful, it had a lovely atmosphere, was huge and again we had the feeling of being in a home rather than a souless hotel. The 2 windows (one a full length balcony with original double doors) provided views over the beautiful front gardens. The en suite unusually had a jacuzzi bath, plus overhead shower both were lovely. In general the room, especially the en suite, would have benfitted from an update but without destroying the ambience (hence the good rather than excellent room rating).
The evening meal was delightful, from the service (proficient but definitely not stuffy) through to the quality of the food. Retirement to the bar revealed an amazing array of spirits, including 60+ sorts of gin!

We enjoyed our stay at Briery Wood. Our room had recently been renovated and was tastefully decorated, spotlessly clean and had an extremely comfortable bed, one of the most comfortable we've slept in when away. The hotel staff were friendly and helpful, although some of the breakfast orders did get a little muddled some mornings and occasionally the coffee was a little on the weak side depending on who made it - all easily rectified. The Dinner menu was a little restricted for someone staying more than 3 or 4 nights, however, the food was delicious and excellently presented. The overall ambience in the dining room could be improved by staggering the tables a little - they were all in rows and so close that you couldn't have a private conversation if someone was at the next table. All in all, we had a good holiday and would book again for a short break perhaps.

From the moment we arrived until the moment we left all the staff were friendly and helpful. Always greeted with a smile and nothing was too much trouble. Lovely clean modern room and amazing food. Great location as only 5 minute walk to Brockhole where you could catch a lake cruise or try an outdoor activity.