Set in an area of "Outstanding Natural Beauty" Lakeside Park is one of the finest hotels on the Isle of Wight. Just a short car ferry from the mainland, the hotel is a true escape from everyday life, with sumptuous food, a relaxing spa and spacious modern bedrooms.

Stay in an Executive room and receive:

Stay in an Executive room and receive:

The Lakeside Park Hotel offers so much more than four star accommodation and leisure facilities. Cycle tracks and nature walks through 17 acres of woodland can be enjoyed directly from the hotel. The hotel is just a short walk from some of the South Coast's most beautiful coastline, and Wootton is ideally positioned as a base for sailing, cycling or walking holidays on the beautiful Isle of Wight. 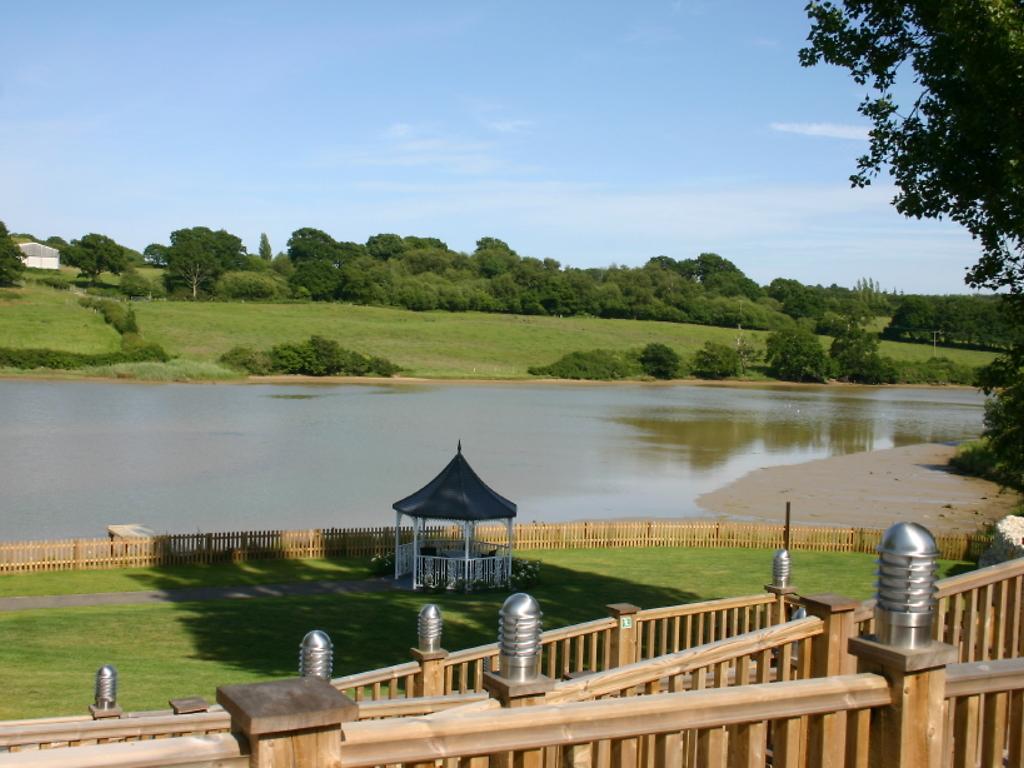 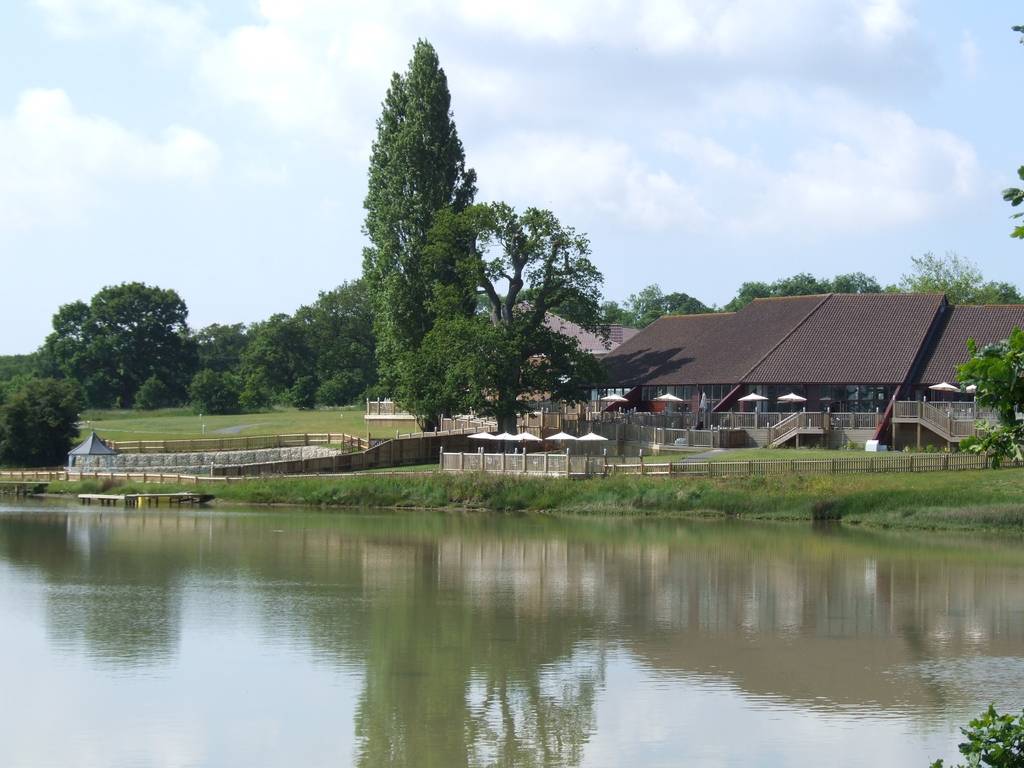 Although you need to get on a ferry to go to the Isle of Wight, the boats run very regularly (and this just adds to the appeal of a true getaway!) Our packages include return crossing tickets.

Three of the bedrooms are specially designed and equipped for disabled access. Pathways through the hotel grounds are DDA compliant to ensure that every guest can enjoy the Lakeside Park Hotel's beautiful location.

Accessible rooms are especially equipped with wet rooms with shower and no bath.

Each Accessible room has its own designated parking bay. Please call our Reservations Team for more information or to check availability

Children aged 3 years+ are charged at £35 per night. Breakfast included. Maximum number of children per room is one.

Cycle tracks and nature walks through 17 acres of woodland can be enjoyed directly from the hotel. The hotel is just a short walk from some of the South Coast's most beautiful coastline, and Wootton is ideally positioned as a base for sailing, cycling or walking holidays on the beautiful Isle of Wight.

The Lakeside Park Hotel's executive bedrooms have been designed to provide the highest quality 4 star hotel accommodation on the Isle of Wight, from twin or kingsize double rooms to suites. The 44 executive bedrooms are all en-suite and have views of either lake or countryside, with contemporary decor, air conditioning, complimentary WiFi access, 26" digital TV, telephone, hairdryer, a tea/coffee making facility. Some ground floor rooms have patios overlooking the lake.

The Lake View bedrooms have been all the features of the Executive bedrooms with the added advantage of a lake view. All rooms are en-suite and have views of either lake or countryside, with contemporary decor, air conditioning, complimentary WiFi access, 26" digital TV, telephone, hairdryer, a tea/coffee making facility. Some ground floor rooms have patios overlooking the lake.

The Lakeside Park Hotel Bar and Brasserie has been designed to reflect the natural tones and relaxing mood of the beautiful Isle of Wight.

Overlooking the lake, The Brasserie benefits from an open environment with contemporary decor providing a unique space in which to enjoy a relaxed dining experience for around 100 guests.

Al Fresco dining on the outside elevated decks is a delight during the summer months. 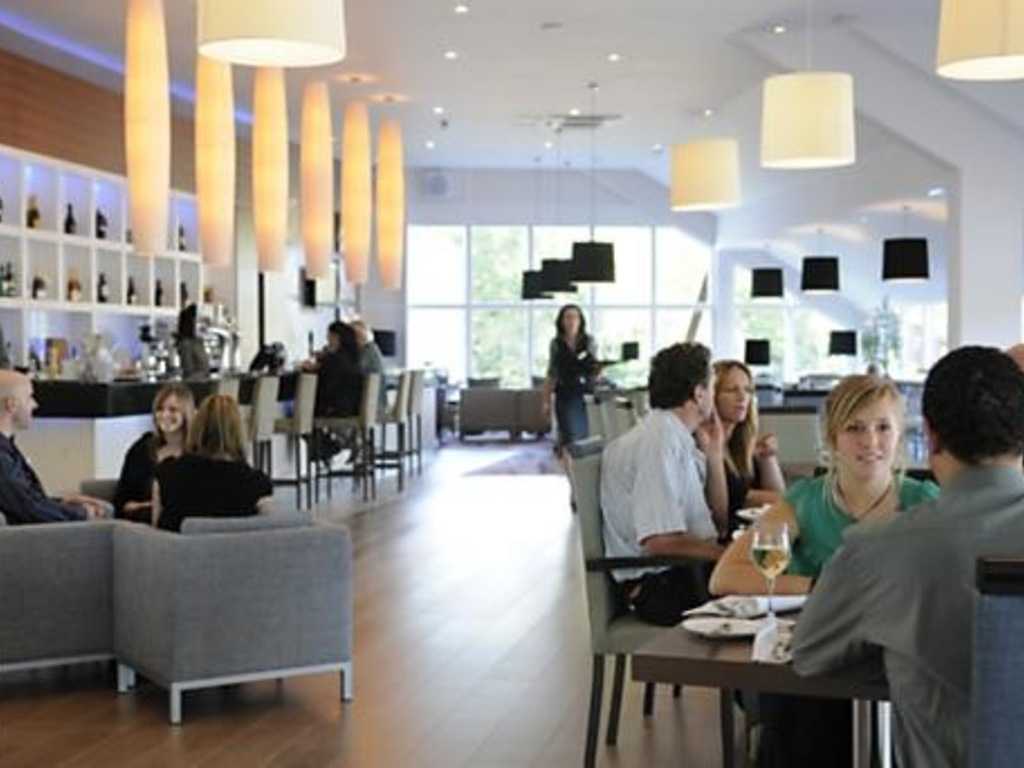 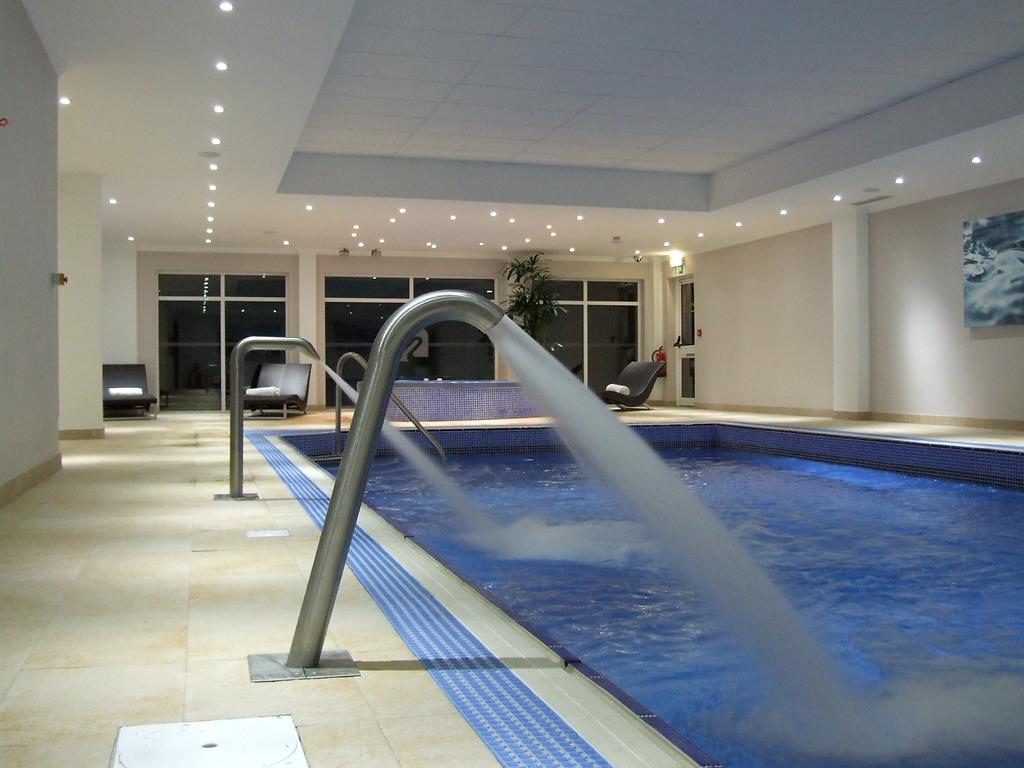 The relaxing leisure facilities provide an opportunity to spend some quality time in our hydro experience which includes a 10 x 5m heated indoor hydro-pool with integrated shoulder massage jets, spa pool, sauna, steam room and the ultimate in hydrotherapy - a fragranced 'Experience' shower to stimulate, awaken and revitalise the senses.

The Isle of Wight is only minutes away from the mainland and so easy to reach - yet it is a world apart. This diamond-shaped island has a magic all of its own and is one of the UK's sunniest and warmest places. Measuring 23 miles by 13 miles, the Island lies just off England's South Coast. But no passport is needed for the short sea crossing and once you've landed on the Isle of Wight everything is within easy reach from the Lakeside Park Hotel's perfect location.

More than half the Island is an Area of Outstanding Natural Beauty, with 500 miles of award-winning public footpaths and bridleways, while almost 30 miles of its seashore is Heritage Coast.

Exploring the Isle of Wight

Within an area of just 147 square miles (3,800 hectares) over 500 miles of carefully maintained and well-signposted rights of way can be found. Leafy lanes, footpaths and bridleways wind their way from coast to coast through green valleys, meadows, forests and over downland, passing thatch and stone, sea and sand, ancient churches and manor houses.

Cycling holidays on the Isle of Wight

Follow a 62 mile route through some of the Island's best scenery, mainly using quieter lanes, signed with a white bike (clockwise) and a blue bike (anticlockwise), or perhaps tackle a more demanding route using the well signposted bridleways and byways by mountain bike.

Horse riding on the Isle of Wight

There are wonderful opportunities to explore the Island's vast network of bridleways, some of which have been in use since the Stone Age. Enjoy the panoramic views from these high tracks used by drovers, horsemen and carters, long before our present roads were built or a leisurely ride through ancient woodlands and sweet-scented meadows.

Explore cliff top walks, beaches and coastal woodland. The wonderfully varied and unspoilt coastline scenery is probably the Island's finest natural asset, from glistening chalk cliffs overlooking clear waters to the tranquil estuaries which meander inland. Whatever attracts you to the seashore, whether it is beachcombing, bird watching, rockpooling, bathing or just watching the world go by, the Island's coast will certainly provide inspiration as well as contentment. There are two stretches of "Heritage Coast" covering nearly half of the Island's 60 mile (97km) coastline. This designation is only applied to coastlines of the highest quality of unspoilt nature in England and Wales.

Buses reach all corners of the Island and you often get an interesting perspective of the countryside from the top deck of a bus. Trains connect passenger ferries at Ryde with Sandown and Shanklin. Stops along the way include a connection with the Isle of Wight Steam Railway.

Had a 3 day break at Lakeside Hotel Really good reception from staff and we used it as a base for exploring the Island. Dining room and food was good but a little slow on the first night.
Overall be good.

Brilliant staff and meals. Room hot but comfortable with both windows open
Would book a lake view in future. Need to book early for a walk in shower.
Lift available.
Overall a very good visit.

Lovely hotel on the island! Great restaurant , comfortable rooms and really nice spa! Most relaxed stay and would love to go again!

Excellent. Couldn't be better! Our only complaint - we wish it had been longer.

We did enjoy our stay there and found the staff very welcoming and friendly, there was one aspect only that jarred (and not at all because of the staff, they were very helpful) at mealtimes we were put in a separate part of the Restaurant for the first night and for the second removed to a events room (it still had a bar, but having been in the Restaurant we knew it was inferior) if there was any valid reason we were not given access to the main restaurant on the 2nd night, this was not explained.
The menu choice was very limited too, I seemed as though having a 25 budget allocated towards the evening meal within the price of their special offer, led them to believe that the kinds of people accepting this special offer could only afford 25, which is daft as the total cost was still expensive. But it meant they had 3 choices of starter, main meal and desert which they priced as, if you took 1 item from each course, totalling 25. There were a couple of things you could add as an enhancement at extra cost, but no more meal choices. There was one thing in the main meal choice neither I nor my other half wanted, so he had chicken the 1st night and I the salmon. The second night as we were presented with exactly the same menu, all we could do was swap, I had chicken and he salmon as there was no further choice. I would have preferred that they treated us like adults, gave us access to the same menu as the rest of their guests and allowed us to decide if we wanted to pay the extra cost of other items. In this I am presuming that the menu for people not on the special offer was different as we never saw it. If it wasn t, then their menu choices do leave a lot to be desired. This was the only thing that made it feel more like a B & B than a luxury Hotel, although the service of the meal was very pleasing and professional. The whole of the rest of the hotel was exemplary. We might stay there again, but not with the special offer.

Had a five night stay BB& Dinner early October the hotel was very quite put this down to the time of year. The room was ok similar layout to most modern hotels, bed was standard size and not comfortable although room was suppose to be executive. The staff were friendly, the breakfast buffet style but quite good. The main concern was the restuarant , The menus did change but the same things kept appearing under a different theme. The food in the restaurant I would say was poor standard in particular the Sunday evening roast was a disgrace I was ready to complain however the gaffa stoped me in my tracks, she did not want any conflict. I ordered beef and my wife lamb the waitress brought the meal but could not tell us which was which both smotherd in gravy and cold ,any way we said it was fine we would try it , the vegetables were just reheated from lunch time basically could not eat it like mush. We just had a bar snack in the bar the following night and ate out on the last night even though we had paid for dinner. I have to say though dispite the poor food the staff in the restuart were friendly and helpful