Blackaddie Country House is a 2 Rosette award winning property on the banks of the beautiful river Nith in the idyllic countryside of Dumfries & Galloway.  This small luxury hotel is one of the best gourmet restaurants in Scotland. The warm, relaxed atmosphere, luxurious rooms and delicious food make this the perfect place for a relaxing break.

Along with its gourmet restaurant, Blackaddie has a private residents bar with a wide selection of Scottish whiskies and gins for you to sample at your leisure. There is a lovely open log fire to relax beside of a chilly evening. There is also a well stocked library which is the perfect retreat, with comfortable chairs and a view over the garden. 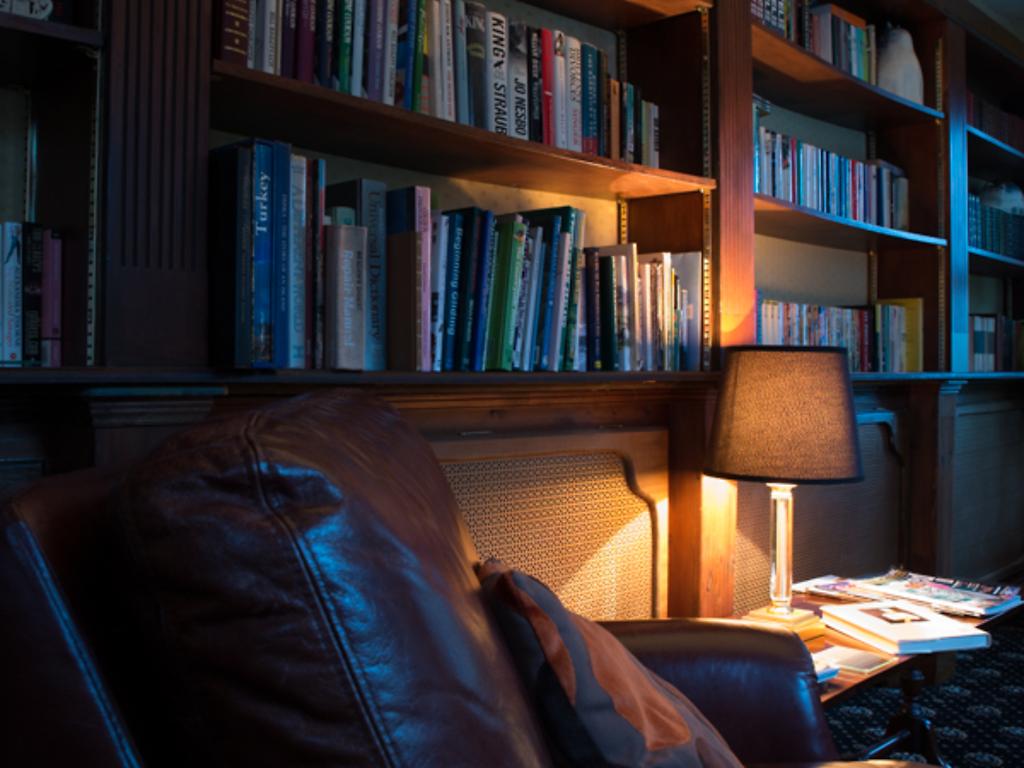 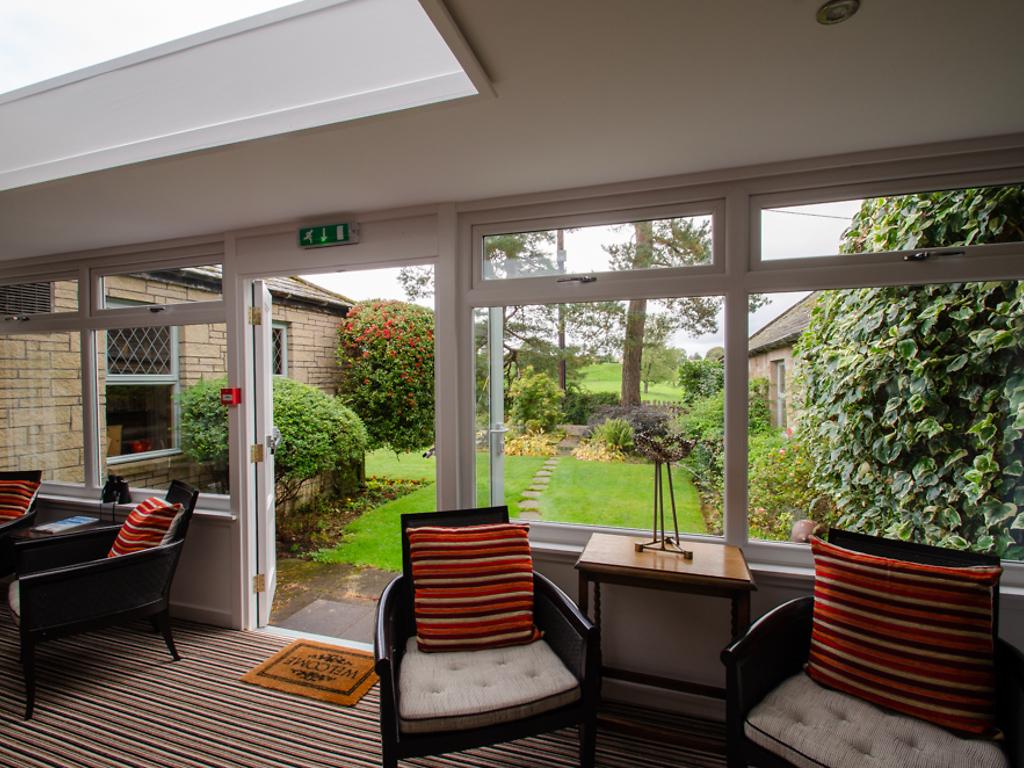 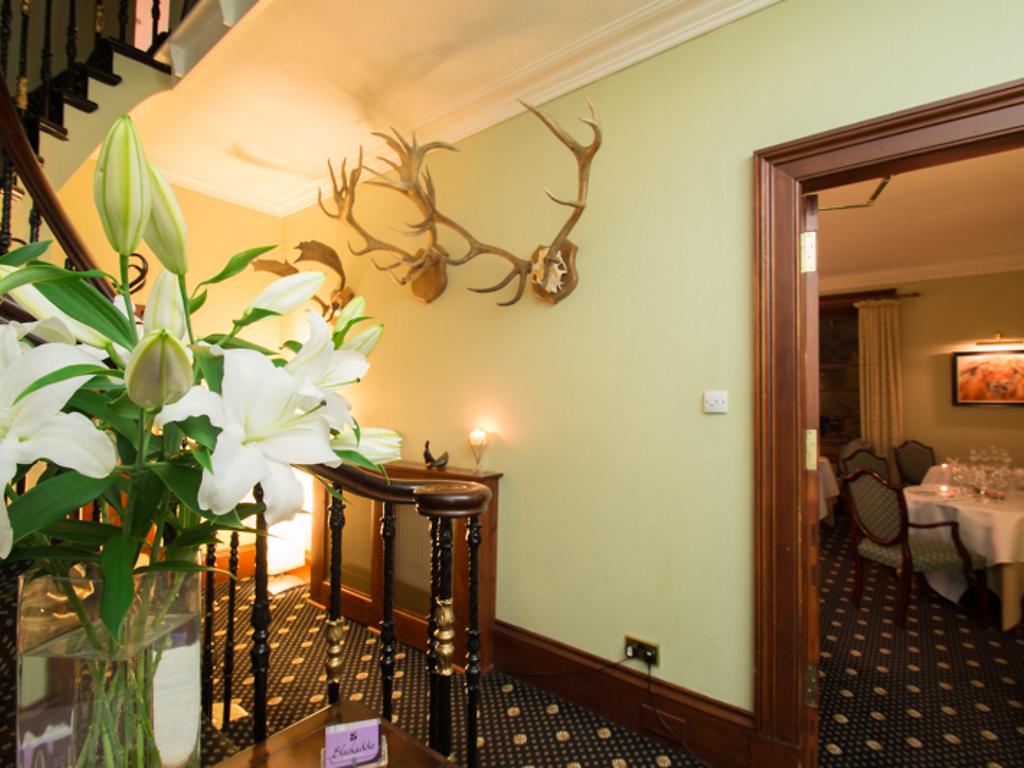 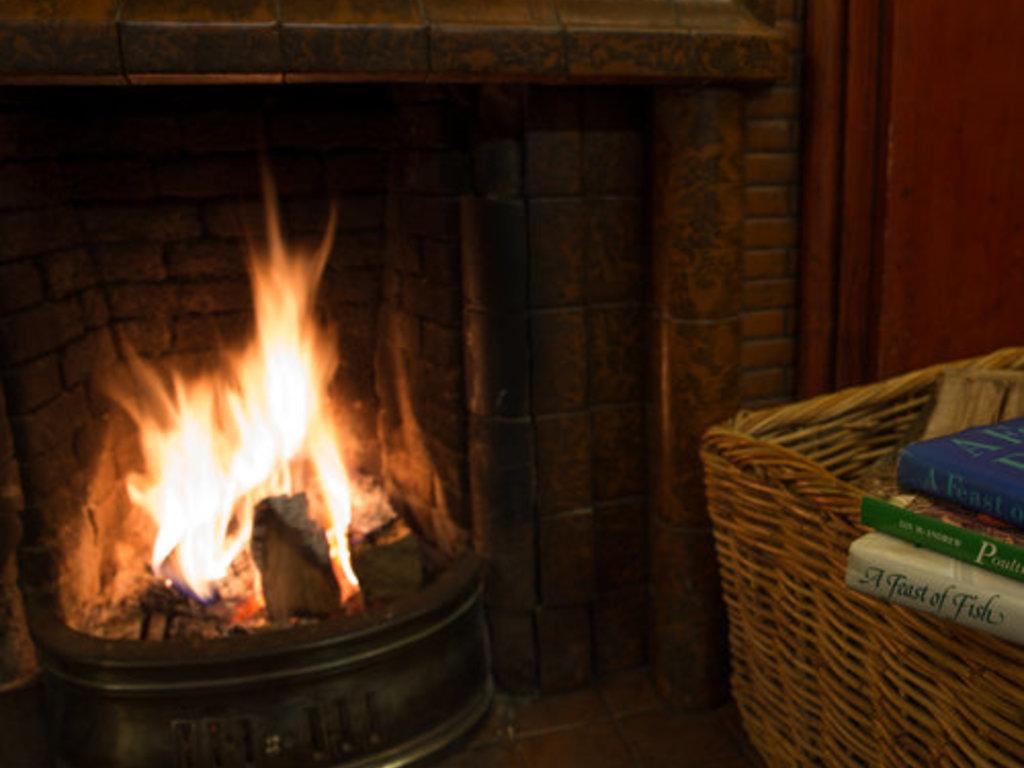 Blackaddie House has two electric car charging points which are available for guests to use free of charge.

The name Blackaddie is derived from words meaning black water. The River Nith which runs alongside Blackaddie is the most likely origin for such a name.The house was originally built as a rectory to St Brides church and dates back to the beginning of the 16th century.

It has evolved over the years into the charming country house it is today, set in two acres of gardens with magnificent views over the River Nith and the breathtaking Lowther and Queensbury Hills beyond.

Children are welcome at Blackaddie and all children under the age of 5 are free.  They have travel cots available free of charge and extra beds which are charged at £20 per night.

Blackaddie is one of the most dog friendly hotels in Dumfries & Galloway. With such stunning walking routes on our doorstep, we couldn't expect you to leave your four legged friends at home!

Most of the rooms and all of the cottages are dog friendly (maximum of two dogs per room/cottage). Your canine companion is also allowed in the public areas of the house apart from the restaurant.

You are of course welcome to bring your own, but they can provide beds, towels, treats and water bowls as required.

You have the Southern Upland Way right at the end of the drive, so no matter how far you and your dog like to walk you can do so!

They do ask a small charge of £10 per night per dog and of course as a courtesy to others that our doggie guests be well mannered at all times and not cause disturbance to other guests during their stay.

Ian and Jane aim to give their guests the freshest food they possibly can and how better to do that than to grow their own. Ian insists that the flavour you get from freshly picked in season produce just can't be beaten, so his kitchen garden supplies his kitchen through the main growing season.

All recently renovated to offer you the highest level of comfort, each room has its own individual style from traditional to modern. Most rooms have a view of the river and/or a view of the garden.

Four of the seven rooms have a jacuzzi or roll top bath and a separate walk in shower. 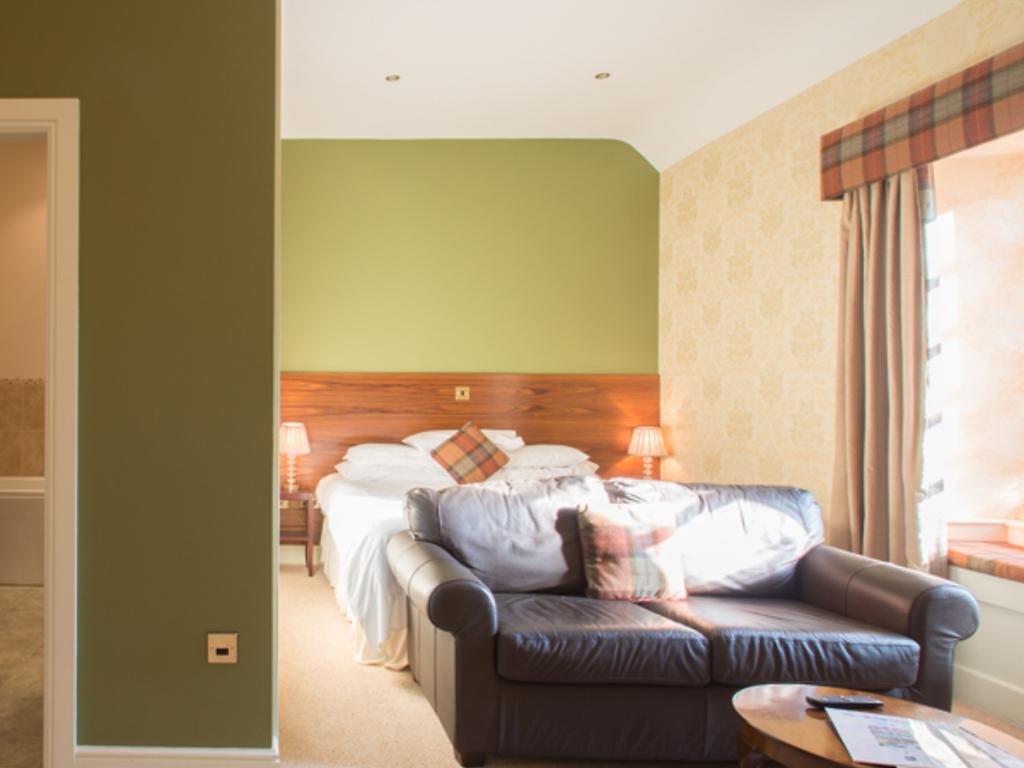 Blackaddie House boasts one of Scotland's best restaurants. Scotland's Chef of the Year 2016, Ian McAndrew, believes that fine dining starts with selecting the finest ingredients. Ian goes to great lengths to source the best local produce, whether from his own kitchen garden, or from his trusted local suppliers.

Known as the Chef's Chef, Ian has 45 years of experience and when he won his first Michelin Star at the age of just 27, he was the youngest English Chef ever to do so. Along with his small team, Ian creates the most delicious gourmet dishes to surprise and delight you.

Guests can enjoy the Fine Dining Course Menu, or the Gourmet Tasting Menu (which must be booked in advance). Menus change daily so that they can offer you the best of fresh seasonal produce. 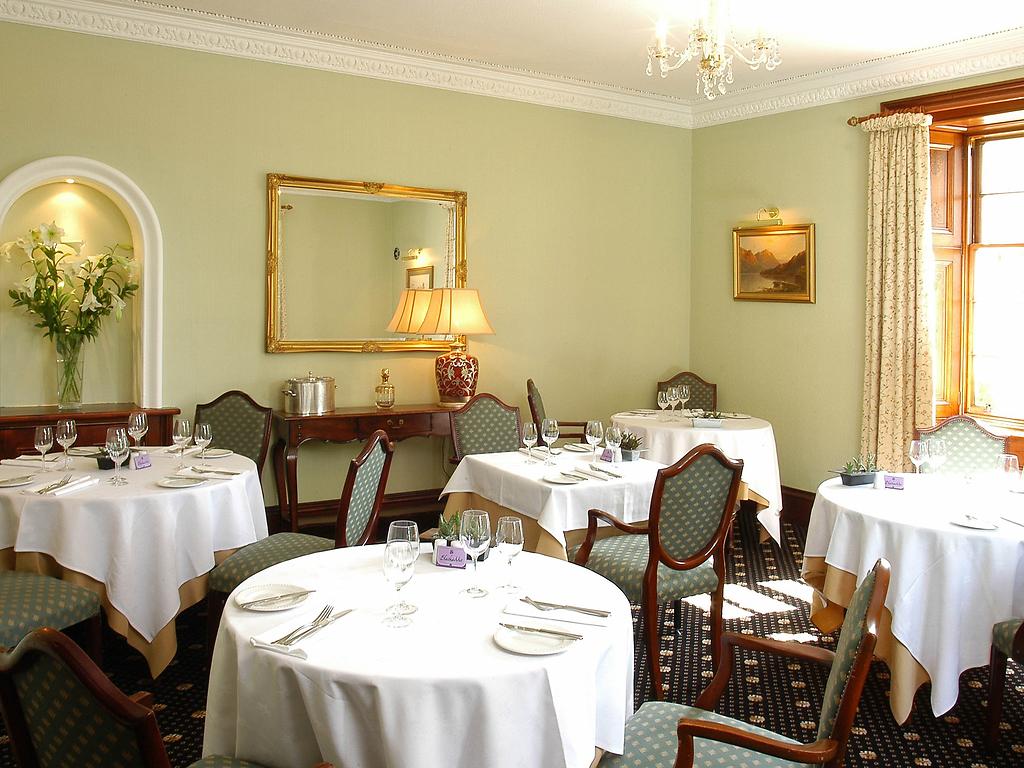 Blackaddie House has two electric car charging points which are available for guests to use free of charge.

Blackaddie is a perfect spot for the fisherman almost all year round. The river Nith is a significant Scottish Salmon river and it flows at the bottom of our garden. It's not only good for Salmon though as it always used to be well known for Sea Trout and wild Brown Trout, Grayling are there too.

Golfers may take advantage of Sanquhar Golf Club situated just 300 meters from the hotel. This is a very attractive 9-hole parkland course with good views of the surrounding countryside. The course offers a challenge for low handicappers while being enjoyable for moderate golfers. Day tickets are available for visitors.

The Southern Upland Way is Britain's first official coast to coast long distance foot-path. It starts at Portpatrick on the west coast of Scotland and goes 214 miles (344km) to Cockburnspath on the eastern seaboard and runs right past the end of our drive.

One of the UK's newest and most beautiful driving routes, the South West Coastal 300 passes the end of our driveway. A stunningly scenic 300 mile loop that will take your from the rollings hills and forests of South West Scotland to its enchanting lochs and coastlines. The breathtaking beauty of South West Scotland will captivate you from the moment you arrive.

Sanquhar's post office is over 300 year's old and dates back to 1712 when it started out as a staging post for runners moving mail about the country on foot and horseback.

Crawick Multiverse is a major land restoration project to transform a former open cast coal mine into a spectacular artland and public amenity. The ecology of the site, and materials found within it, inspired the design which is based around space, astronomy and cosmology.

The Mennock Pass offers some of the most stunning scenery in the region. Set in the Lowther Hills, the pass twists and turns alongside Mennock Water. You may well encounter some traffic jams in the form of flocks of sheep on the road as they wander across it to find the best grazing!

The majestic Drumlanrig Castle is less than a 20 minute drive from Blackaddie and it is well worth a visit. One of the most spectacular examples of 17th Century Renaissance architecture in Scotland. The castle is surrounded by 40 acres of beautifully tended gardens and are a lovely place to stroll.

Blackstone Clydesdales is a farm where you get the chance to experience the magic of these beautiful animals up close. You can even go for a ride if you are not scared of heights!

Dumfries House is an 18th Estate and House, set in 2000 acres, was saved by His Royal Highness Prince Charles in 2007 and has since been beautifully restored. It houses a stunning collection of Chippendale furniture.

Robert Burns, the great Scottish poet, built Ellisland in 1788 for himself and his family. It is an idyllic spot and like Blackaddie house is also set on the beautiful banks of the river Nith. Admire the view from his study, where many of his great works were penned.

The Scottish Industrial Railway Museum restores and demonstrates unique and historically significant industrial steam and diesel locomotives. You can see the locomotives up close and even take a short ride in the brake van of one of the steam locomotives!

The Dark Sky Observatory is situated on a stunning hilltop site on the edge of the Galloway Forest Dark Sky Park. It has some of the darkest skies in the UK and has two large telescopes through which to observe the night sky. There are a variety of visit options available which you can find on their website.

The Grey Mare's Tail is one of the UK's highest waterfalls at 60 metres high. If you are feeling energetic you can walk to the top and enjoy stunning views over Loch Skeen. You may see mountain goats on the way up, these nimble locals are often perched in the most precarious of spots. Or for the bird watchers among you, peregrine falcons, ospreys and ring ouzels can be seen! 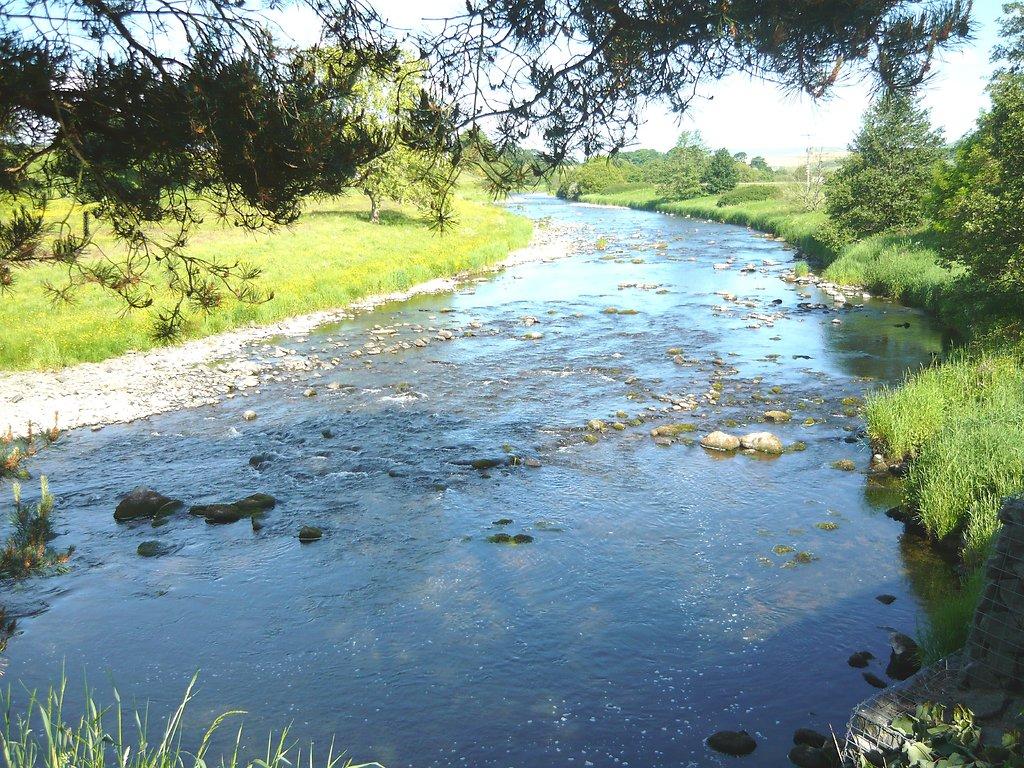 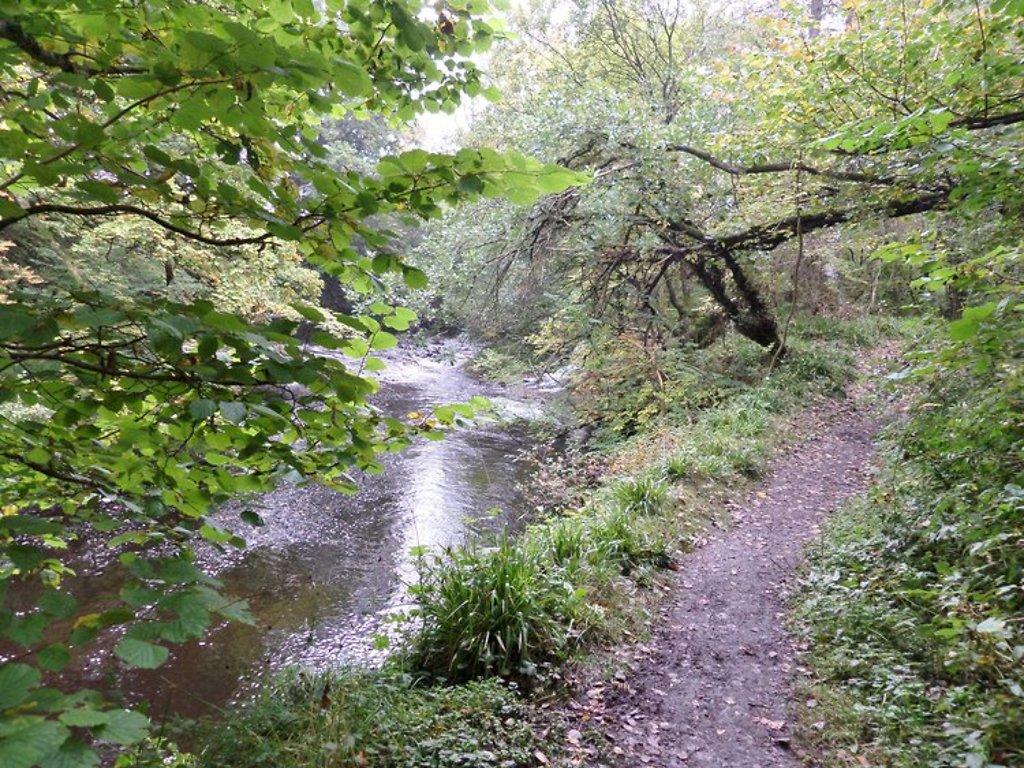