Nestled amidst 11 acres of beautiful grounds and romantic flowering gardens, and just 15 minutes from Bath, Widbrook Grange is the perfect place for a relaxing break.  Originally constructed as a Georgian model farm in the 18th century, the hotel has a rich history, reflected in many of the characterful bedrooms.

Widbrook Grange has an 11m indoor heated pool and gym fitness studio. Leisure facilities are available to hotel guests at no additional charge.

You can pamper yourself with a facial, manicure or pedicure.

Enjoy a leisurely stroll or get the heart pumping jogging round the hotel grounds. There is a countryside footpath across our land that meets a bridle-way and leads onto the Kennet and Avon canal towpath then back to the hotel. This provides a not too challenging jogging circuit or a very pleasant round walk.

We also have discount arrangements and tee booking arrangements with the local Golf Club at Cumberwell Park and can also organise, horseback riding and cycle hire. 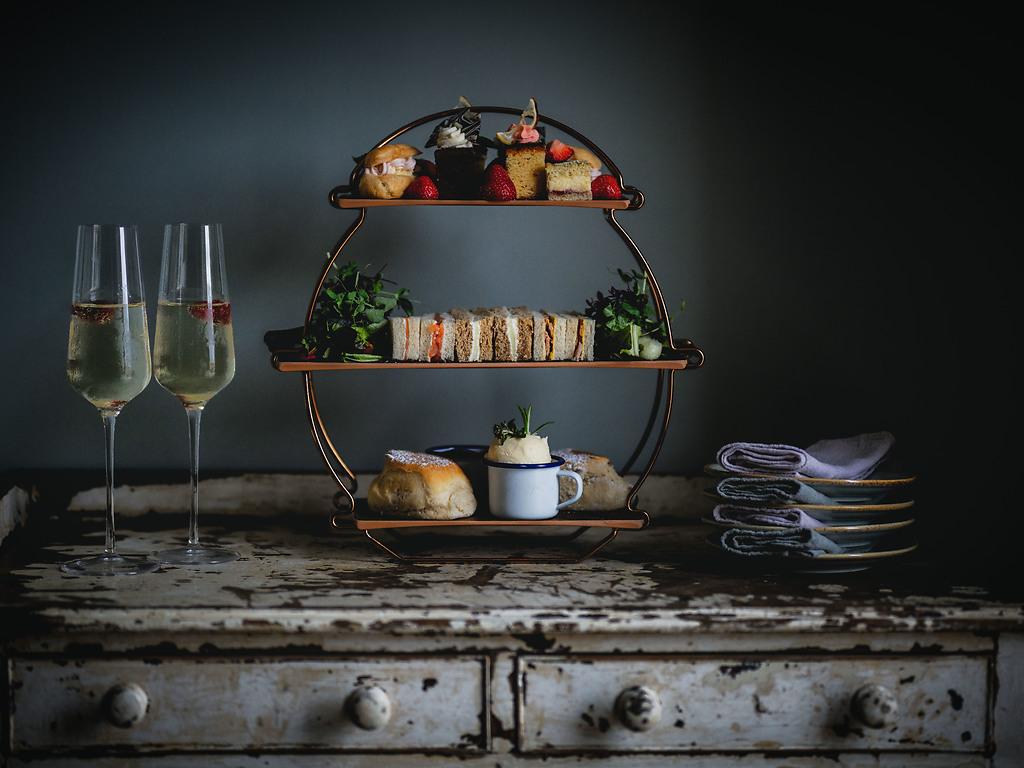 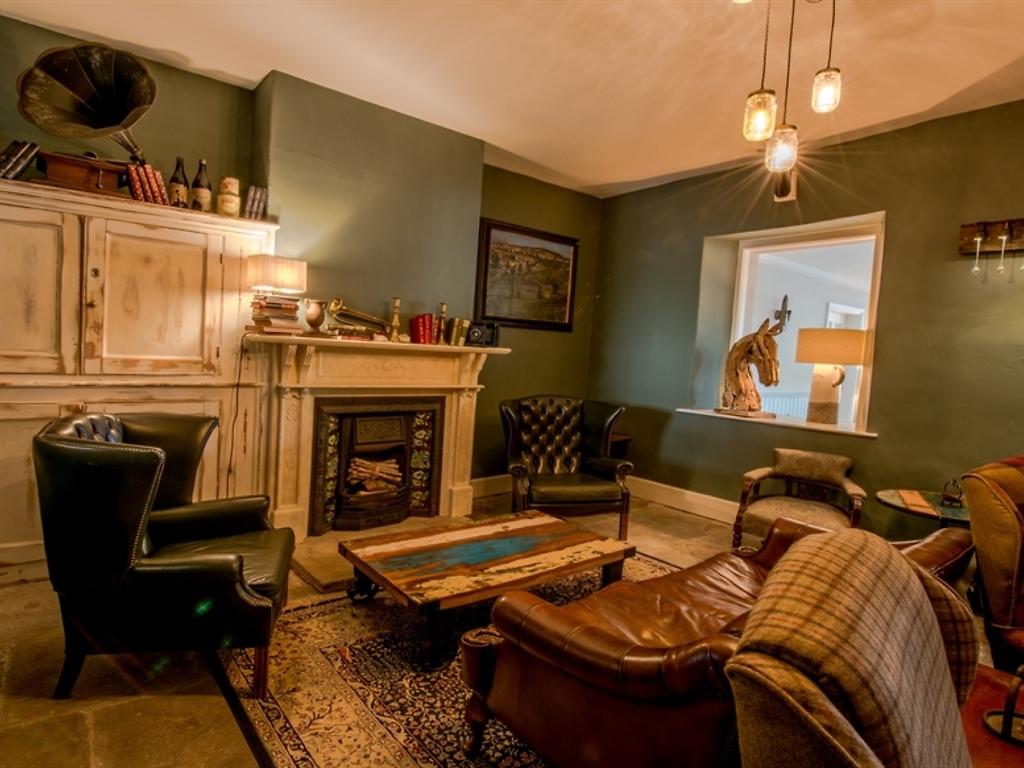 Complimentary parking is available on site

Some first floor rooms have walk in showers.

The name Widbrook dates from 1279 and relates to the brook that runs through the hotel's grounds. Widbrook Grange was originally built as a model farm during the early 1700's and consisted then, as it does today, of a large and impressive main house with its comfortable lounges and log fires. Surrounded by stables and barns which now house many bedrooms and an indoor swimming pool. On both sides of the house, reflecting its agricultural heritage, are some fine examples of bee bowls and extensive lawns sweep down to the brook.

Children are welcome and family friendly rooms are available, additional beds are £25 per child per night on a bed and breakfast basis.

The swimming pool is open:-

No age or time restirction for children, as long as they are accommpanied by an adult

Widbrook Grange understands that your furry friend is part of the family and is happy to welcome your most cherished travel companions into our hotel whether it be just for a night of an extended stay. Your pets will receive a warm welcome because we believe that no family member should be left behind.

Please note: A £15 pet fee will be posted to room charges per night.

Set in 11 acres of grounds, you may be lucky enough to see deer walking through, doves flying around, rabbits, pheasant and squirrels happily feeding.

The Rooms at Widbrook Grange

Cosy Double overlooks the beautifully tended gardens and features an ensuite bathroom, the rooms are not family-friendly.

Some are dog friendly 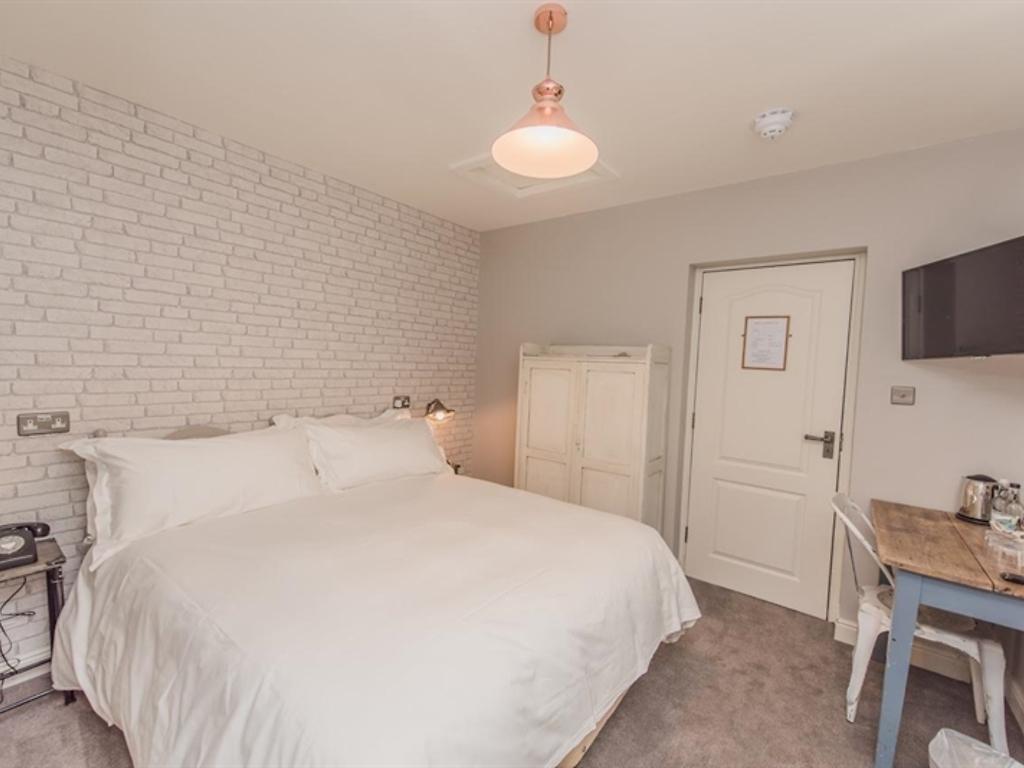 Located in the converted stable block, Classic Bedrooms are very light and airy with garden views. These lovely, rustic rooms are designed to the same high standard as all the Widbrook interiors, they are just a tiny bit smaller.

These bedrooms are dog friendly, but they are not family friendly. 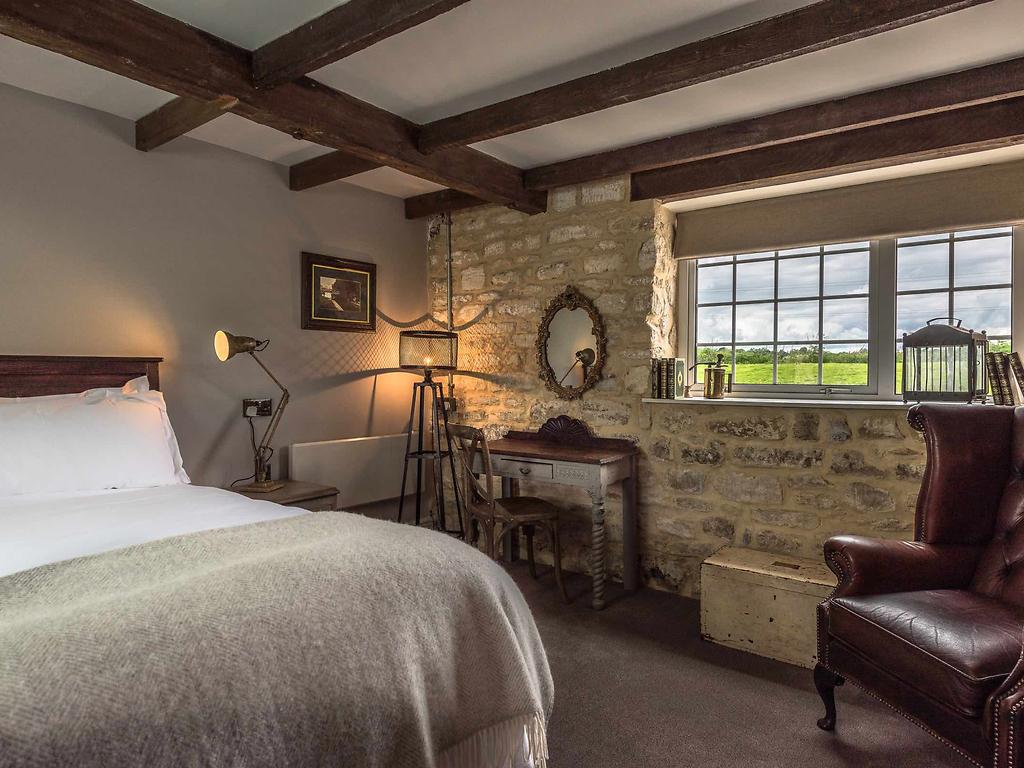 These rooms are located in the courtyard overlooking the gardens. They have either twin beds (2 x 1m) or Emperor (2m) double beds and can take an extra bed.

Some are dog friendly 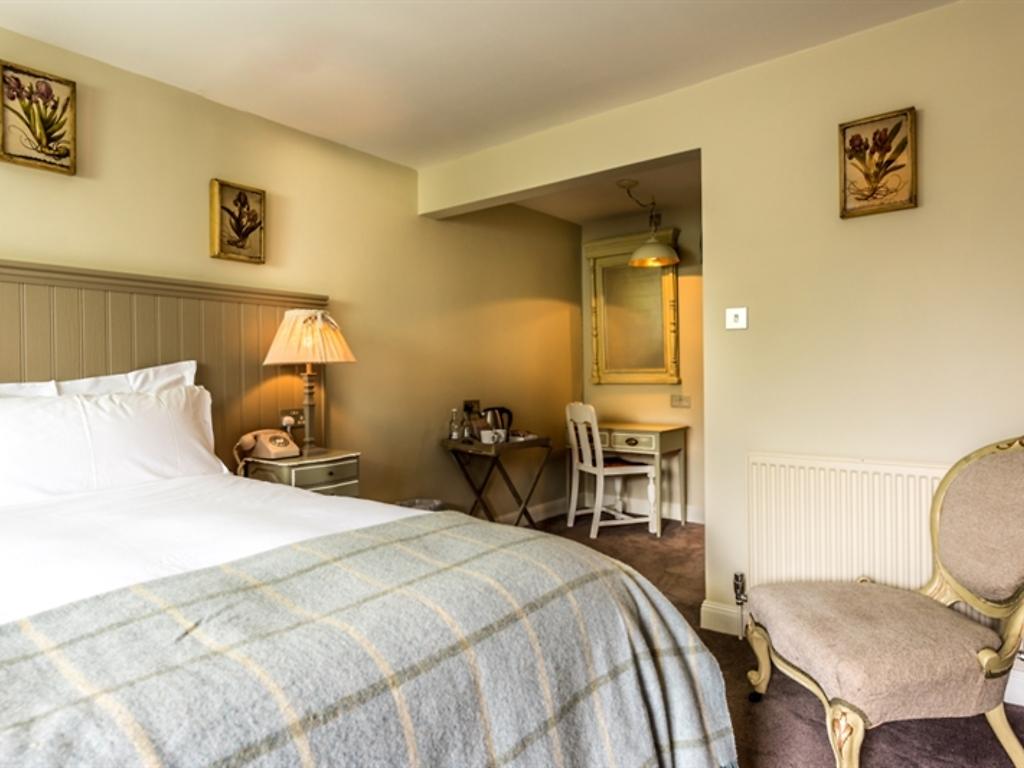 The suite has a very comfortable super king sized bed, a roll top bath and walk in shower. This is the largest room in the hotel and located in the stable block.

The Suite is family friendly and has space for 3 extra single beds. 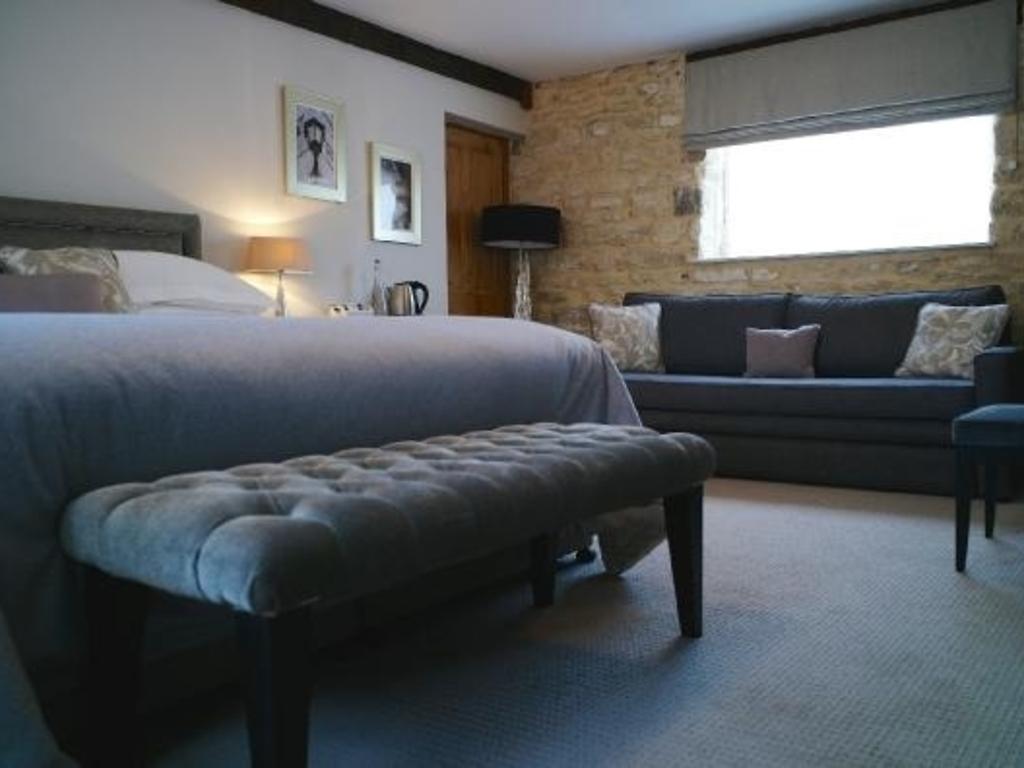 Using only the finest, freshest local ingredients, sourced from local independent suppliers, The Kitchen promises to offer diners a wealth of gastronomic delights. Our menu has been lovingly and thoughtfully created by World Champion Head Chef, Sandor Szucs, making use of the hotel's freshly planted herb garden, which boasts herb troughs, herb banks and herb wheels. 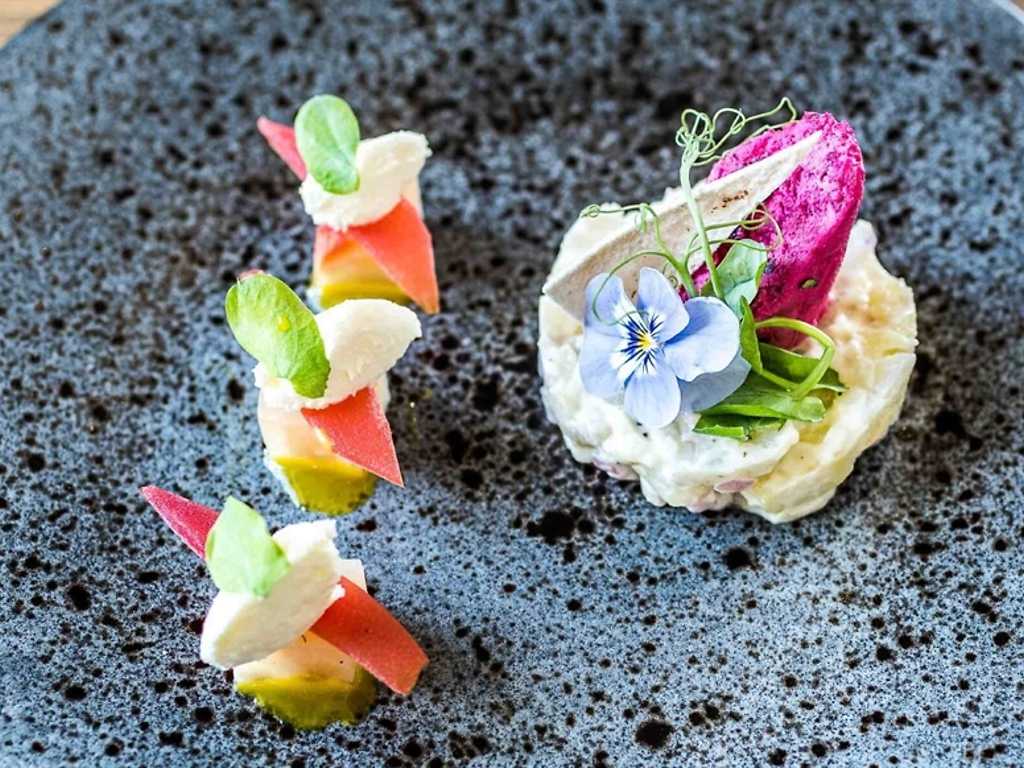 Discover an ever growing collection of over 120 craft and award winning gins, complimented by a range of garnishes, accompaniments and 14 tonics. Whether you choose to play it safe with the enduringly popular Bombay Sapphire, branch out and discover the German distilled Elephant Gin or be amazed by the indulgent Italian artisan Gin, Origin Arezzo. Whatever you decide, the expert guide is on hand to help find your perfect accompaniment and garnish for your chosen gin. 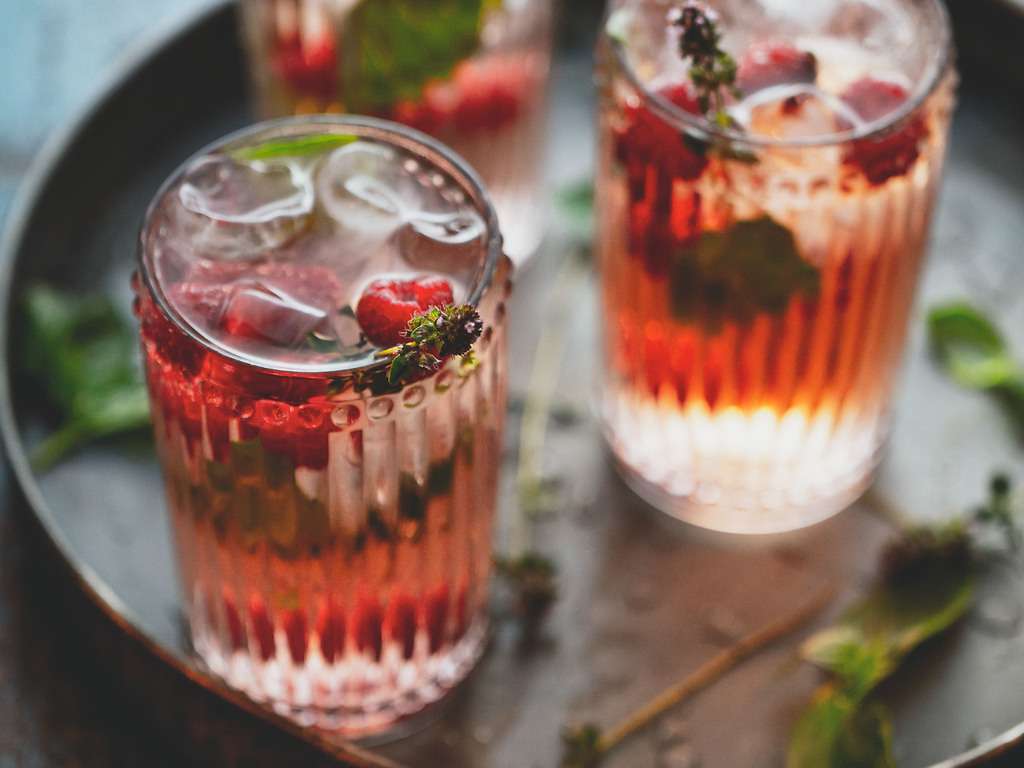 They have plenty of free parking with easy access to the Kennet and Avon canal.

There are also manicured gardens and a children's play area.

The Boat House is open everyday at 11:00 am serving tea and coffee and freshly made biscuits.

Menus are available from 12.00 midday - 9:00 pm sourcing only the best local ingredients using old English recipes with a modern twist. 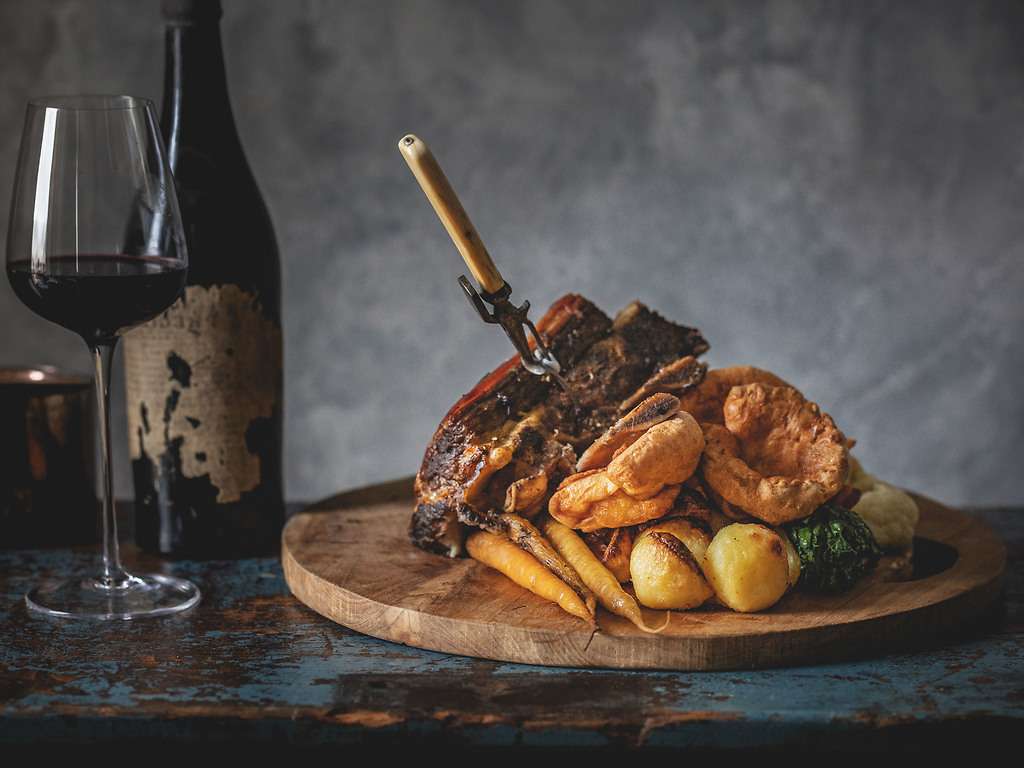 Complimentary parking is available on site

The world famous Georgian city of Bath is only a 15 minute drive or train ride away. Or, you could enjoy a flat 9 mile bike ride along the canal.

The Roman Baths are one of the finest historic sites in Northern Europe. There is a lot to see, so please allow at least two hours to get the most from your visit

Situated in an original Georgian townhouse, it tells the story of Jane?s time in Bath, including the effect that living here had on her and her writing.

Bath is a UNESCO World Heritage Site thanks to it being dominated by beautiful Georgian crescents and houses all built by locally quarried Bath stone.

The last of the great medieval churches of England, where the first King of England was crowned. Called "The Lantern of the West" thanks to its beautiful stained glass windows.

An exceptional choice of museums and galleries which covers many aspects of the city's wonderful history, including the American Museum in Britain, The Building of Bath Museum, The Victoria Art Gallery and the Holborne Museum.

Elegant public rooms at the heart of fashionable Georgian society with a magnificent interior which consists of a splendid Ball Room, Tea Room and Card Room, connected by two fine octagonal rooms.

The Hotel is an easy walk or cycle along the canal to visit many historic sights, browse the independent shops and eat or drink in the many cafes and restaurants.

The town has many fine examples of architecture from the Saxon, Medieval, Tudor, Georgian and Industrial Revolution periods. Also, to the north of the town, there was an Iron Age Fort and, recently discovered, a very important Roman villa.

The Saxon Church of St. Laurence dates from the early 11th century and is one of the most complete examples of a chapel of that period. It is an unforgettable experience to stand in the tall, narrow stone built nave and admire the two flying angels set high on the wall above.

The stunning Tithe Barn was built in the mid 14th century and inspires the same sort of awe that one feels on entering a great cathedral. Used as a setting for several TV dramas (most recently Wolf Hall), it is 168 feet long with a massive timbered roof spanning 33 feet beneath stone tiles weighing 100 tons. It retains its old threshing floors and other features from its agricultural past.

Set in the beautiful Barton Farm Country Park, with its ancient packhorse bridge and bordered by the River Avon and Kennet and Avon Canal, is a range of medieval buildings. This was the grange of the nuns of Shaftesbury Abbey who had been granted the manor of Bradford by King Ethelred in AD 1001...

The name of the town originates from the 'broad ford' across the River Avon and the bridge is a natural focus for the town. Although widened in the 17th century, it still retains two of the original 13th century arches. A notable feature is the 'Blind House' built in the 18th century to serve as the town lock-up.

Originally opened in 1810 the canal runs from Reading to Bristol. One of the deepest locks on the canal is in Bradford on Avon. Boat hire and boat trips are available from the working wharf and a particularly attractive mile and a half stretch to Avoncliffe is a popular walk.

Built of stone from local quarries, the magnificent Avoncliff Aqueduct carries the canal over the River Avon and the railway line to Bath. A nearby picturesque old pub with its riverside gardens is a popular refreshment stop.

The Shambles, the meat market in medieval times, is now a bustling pedestrian walkway lined with a range of small, independent shops. Among the many attractive shops and eating places in the town centre, is the Victorian Tea Shop which has been named by the prestigious UK Tea Guild as the ‘UK's Top Tea Place'.

Browse around the museum which is home to a diverse and fascinating collection illustrating the history of the town. Of particular interest is the Christopher Pharmacy, an exact reconstruction of the Victorian chemist's shop which used to serve the town. 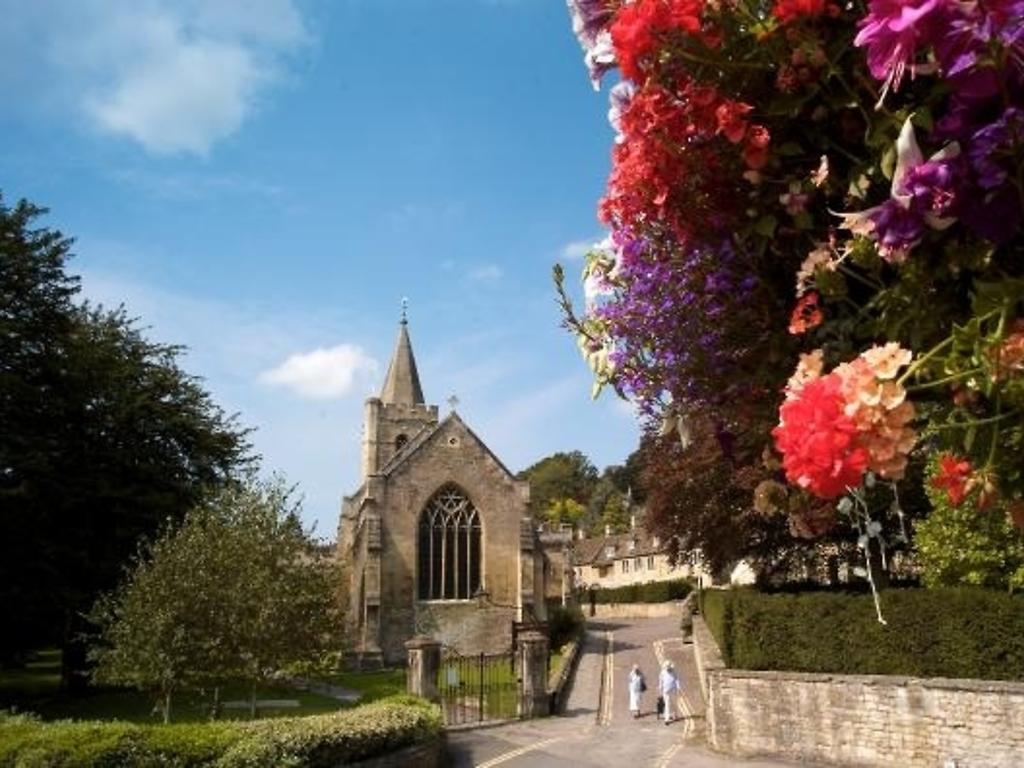 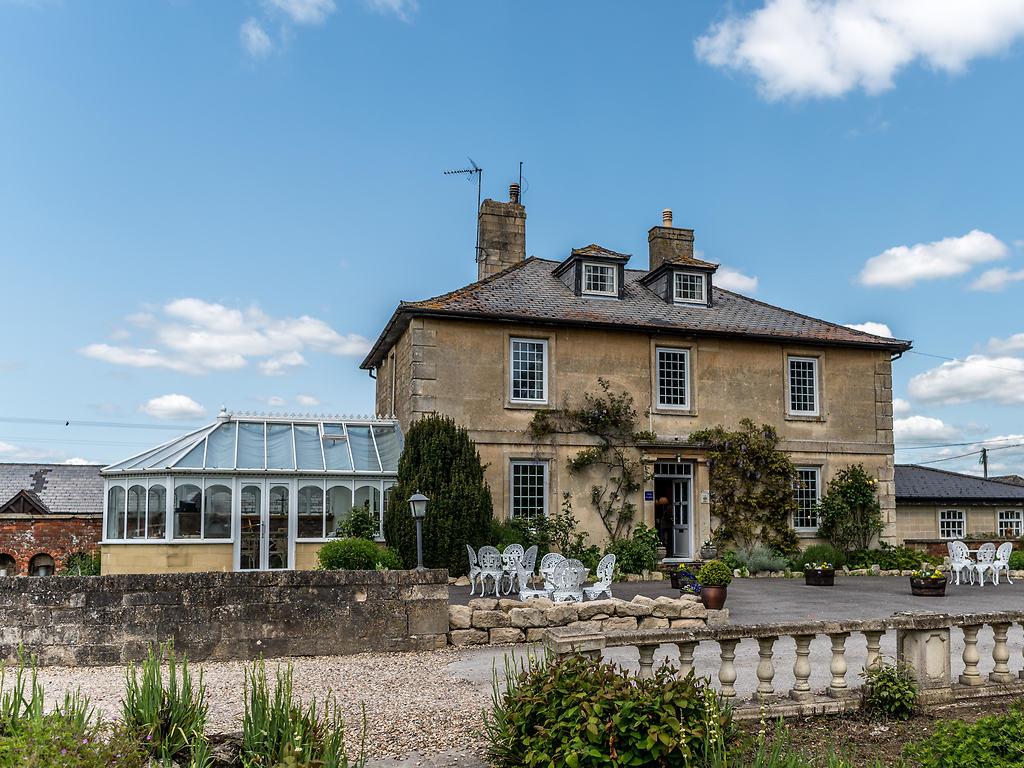 Excellent place to stay will go back again very welcoming

Tired around the edges

Sadly we were very disappointed in our stay at Widbrook Grange. On arrival we noted the very tatty state of the grounds, money has only seemingly been spent on the main areas. Our room looked beautiful but our cold water supply kept going off completely, I burnt myself in the shower. Pool tiny and very tired, we didn't bother swimming. Overall it's not worth the money!

We stayed for two nights and had an excellent experience. The hotel is very dog friendly, location was great and the staff very helpful and friendly. The gin bar was an added bonus ! Would highly recommend .

Widbrook Grange was wonderful I can not praise it highly enough. The welcome was warm and the hotel had such a cosy atmosphere. Our room had been upgraded and was fantastic. The food in the restaurant was delicious and served by friendly staff. We enjoyed every about Widbrook Grange it was perfect and I can't wait to book up again.

The hotel is easily accessible and has plenty of parking. The staff were excellent (especially Atilla who looked after us throughout our stay). The food was also very good, well presented and varied. My wife is both vegetarian and coeliac which sometimes can be difficult but was not a problem here.
The room in the outside block was good but the windows could not be opened easily and the room was quite warm.
Location is perfect for visiting Bath and there is a bus stop at the end of the drive where you can catch a bus direct to the city.

A pleasant short break near lots of local amenities

Good for catering for dogs re fields and walks in the grounds. Pleasant room. Heating... It would have been better if we had some control ourselves without asking staff, (which we didn't). Cosy corners in front of fire. A homely feel to the hotel. Good location.

This stay at Widbrook was a 60th birthday present from some friends. A 2 night break. The setting was lovely, the receptionist was welcoming & gave us a guided tour before we signed in. We were allocated the Artists themed room (no 6) which was just brilliant. spacious & very comfortable.
We ate 2 breakfasts & 2 evening meals in the restaurant which were just amazing.
I would certainly recommend this establishment for comfort & location & adequately sized swimming pool.
Regards Julian & Angela - stayed on18/11/19